Every day on Twitter a new person emerges to say the most out-of-touch thing you’ve ever heard. Luckily, a bunch of sarcastic funny people have spare time to roast them.

That’s what happened to a self-proclaimed “tech entrepreneur” who goes by @crushthebigots when he asked if making $400,000/year is actually “rich” in America. 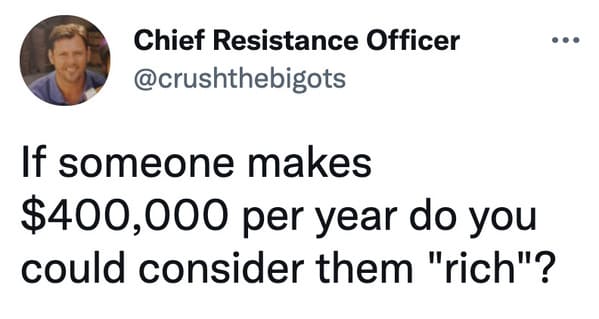 Literally one person on the internet sort of took his point. It was this guy who pointed out that America (especially NYC) is expensive, which wasn’t really the question: 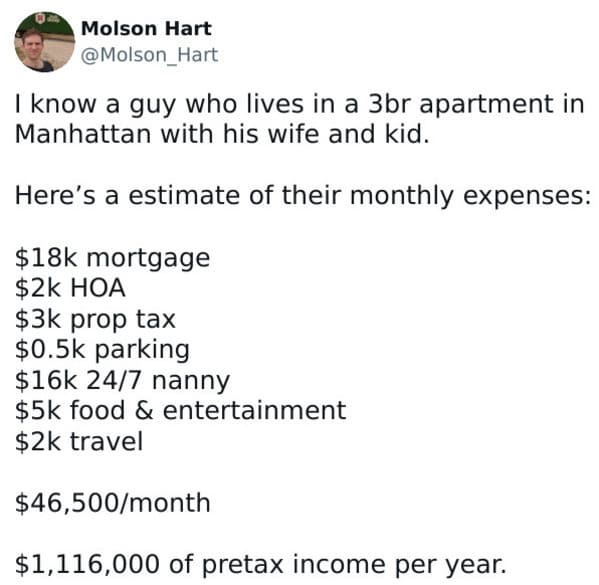 He cracked the code. Unfortunately, the unwashed masses had a different POV. Let’s hear from them about how they feel.

Here are the funniest replies to a tweet asking if “making $400,000 a year is considered rich”: