I’ve never really talked to anyone who worked in a movie theater. I mean, other than trying to order popcorn and an Icee while my edibles are kicking in. What a rush.

Here are some former and current movie theater employees sharing some of the insider secrets you may have never heard about.

“If you aren’t 100% sure that there’s going to be a post-credit scene, please Google [to check] instead of just staying in your seat. When you’ve been working for 12 hours or more and you’re waiting for everyone to leave so you can clean and lock up, it’s infuriating when people just sit there when you know there’s no post-credit scene. Deadpool 2, I’m looking at you!” 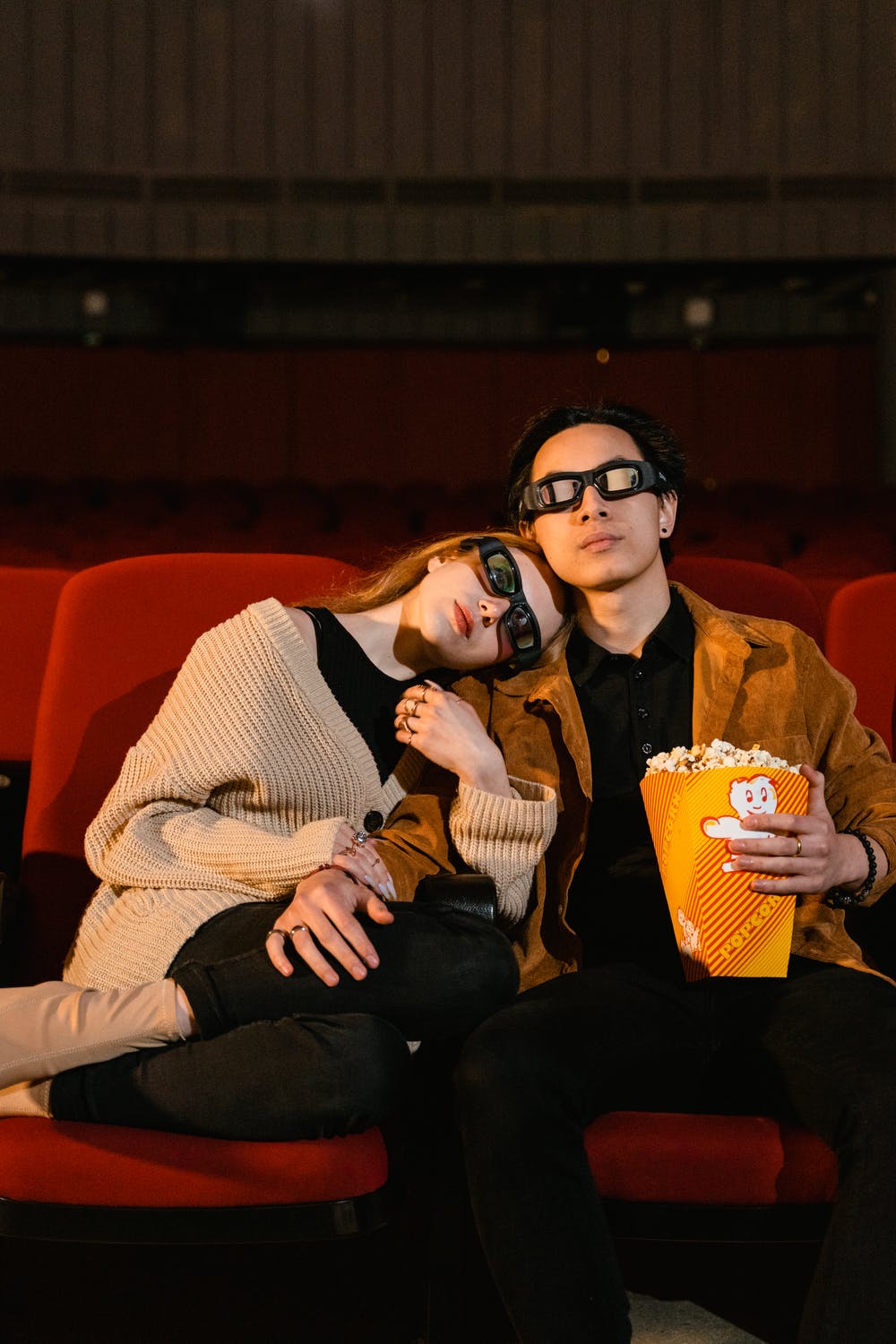 “You’d be surprised just how often we had to remove people from screenings for engaging in sexual activity. It was, like, monthly at least, and often in the weirdest films, including Pixar and horror flicks. It was ridiculous!”

“Nacho cheese was made in a five-gallon bucket with a big spoon. Back then, we wore white collared shirts and polyester vests [while working]. As you bent over to stir cheese, often the change you found in theaters would spill out of your shirt pocket. There’s no finding objects in five gallons of cheese. Some employees would also [secretly] put fun stuff in the cheese, like Skittles.”

“At the theater I worked at, the ‘butter’ was actually a huge container of half-gel, half-liquid peanut oil. Other than the label on the container — which is behind the counter so no one can see — everything associated with it stated that it was butter. No one ever seemed to notice or care.” 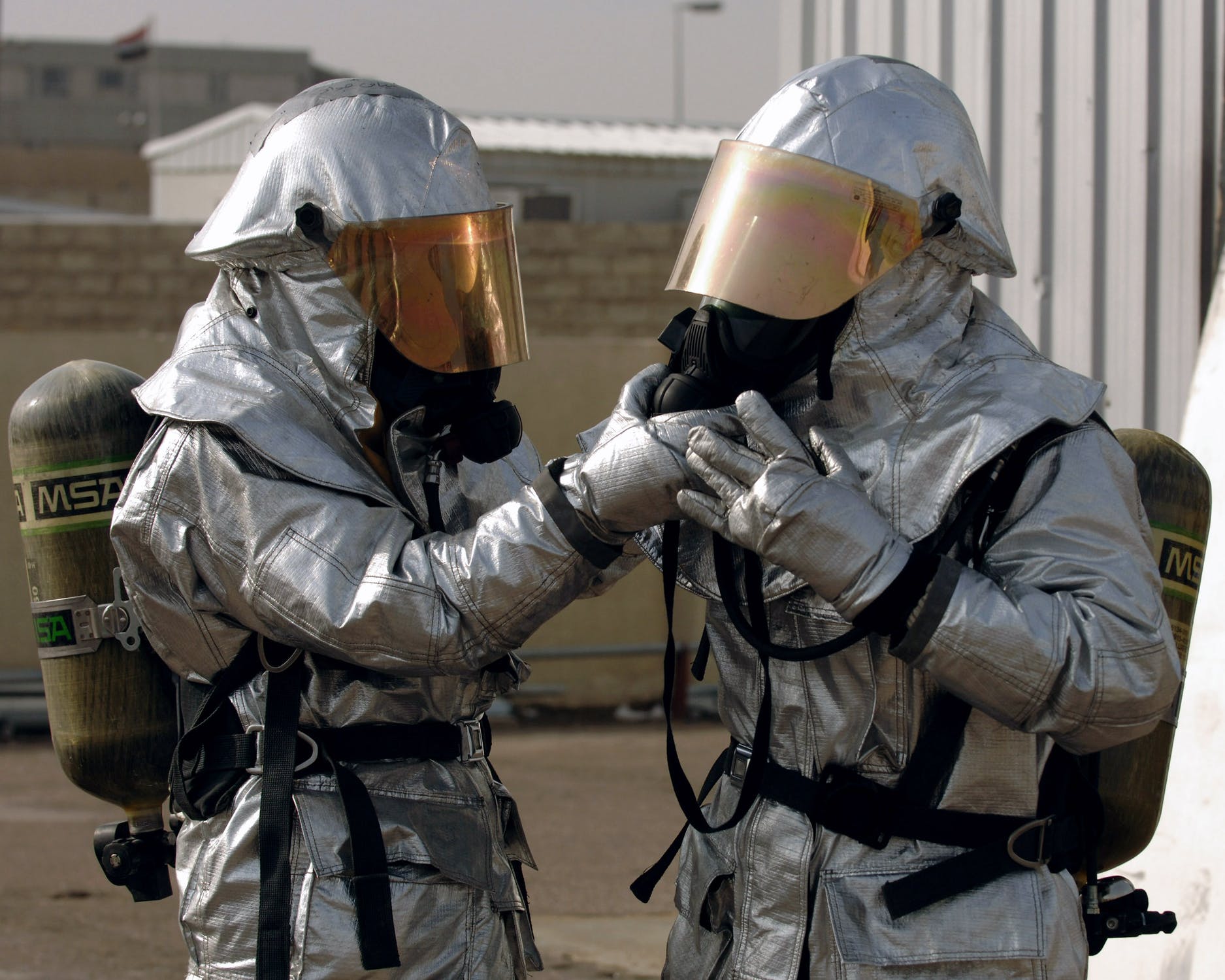 “We have to clean up diarrhea more than you think. A few months ago, we had the worst case. This guy had explosive diarrhea during a movie and ran out of the theater. On the way out, he shit some more all over someone’s shoes — like, to the point that the person took off their shoes and it was filled with it.”

“Do not order the hot food like pretzels, pizza, chicken nuggets, or hot dogs. They are heated up in a microwave and sit out all day. They are usually super stale.”

“Christmas is the worst day to be at the theater. First off, do not comment to a staffer about how they are working on a holiday. They have family and friends too — the only reason that they are there is because you are there. When families get together for holidays and can’t stand each other for more than a couple hours, they think sitting in a dark room watching a movie will be easy. I broke up at least one physical family fight every Christmas for four years straight.”

“They take their inventory way too seriously. When working concession, you’d be given a sleeve of 25 cups. You had to count them all out at the start of your shift and notify management if any were missing from the sleeve. Then, all your cups would be counted at the end of your shift and matched to what you sold. All of the paper products were treated like gold.” 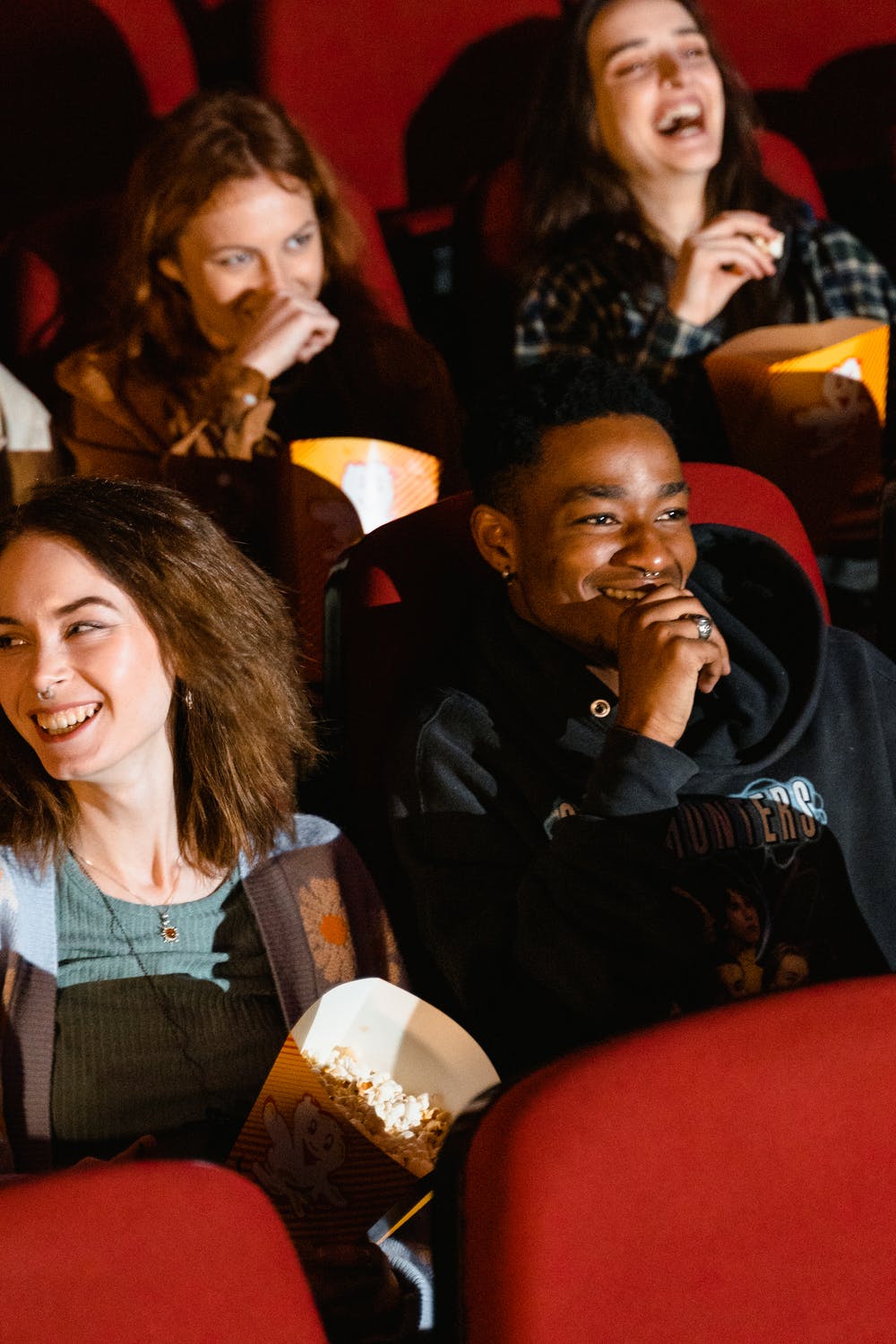 “If a busy movie was going to be released — think Harry Potter or Lord of the Rings — we would start making the popcorn for the Friday night premiere on Thursday, or even Wednesday night. Then, we would just scoop it into large bags and tie them off. However, we’d still have the popper going so everyone thought the popcorn was fresh. We’d also try and pop enough popcorn on Sunday to get through the week because the popper was SO hard to clean. A Wednesday night popping was for the weekend, so the popcorn you ate was probably three or four days old.”

“There was a red button inside a ‘locked’ plastic case in the box office and a little black speaker was attached. One of the ushers told me it was for making announcements out on the sidewalk so that people could hear. One night, about 20 minutes into the shows, I opened the box, pushed the button, and announced that all the movies were cancelled for the night. Nobody was outside, so I figured it was harmless.”

“The next thing I heard was thunderous footsteps above my head…the red button actually stopped all of the projectors, and my announcement was [broadcast throughout] every theater. The projectionist came down sweating a few min later and gave me my new nickname: ‘Button Pusher.'”

“Before digital adaptation, movies would be delivered in canisters (35 MM), and the movie needed to be pieced together. A two-hour movie would typically be separated into six reels, a three-hour movie would be nine reels, etc. Each movie was previewed before it was shown to an audience — the good ones and the bad ones — to make sure it was built correctly and that there weren’t any damages, such as scratches. I have previewed movies only to find out that the characters are suddenly upside down or backwards when it changed to a new reel. You would have to stop the movie and fix the mistake before you can preview the rest.”

“To move a film from one theater to the next, you typically need two people to support the film, like a giant pancake. If it unravels, you will likely spend the rest of the night fixing your mistake. When the movie is done playing and ready to be returned to the distributor, you need to separate the movie back into the original canisters. Thursday nights were generally tear down nights and you would only play a movie if someone bought a ticket for it.”

“In the early-to-mid-2000s, people would camp out for hours before a showtime to get good seats. This family had a pizza delivered to the theater and were eating in the hallway as they waited for their showing. Obviously this broke our ‘no outside food policy’ so we confiscated it, then ate in the storage room.” 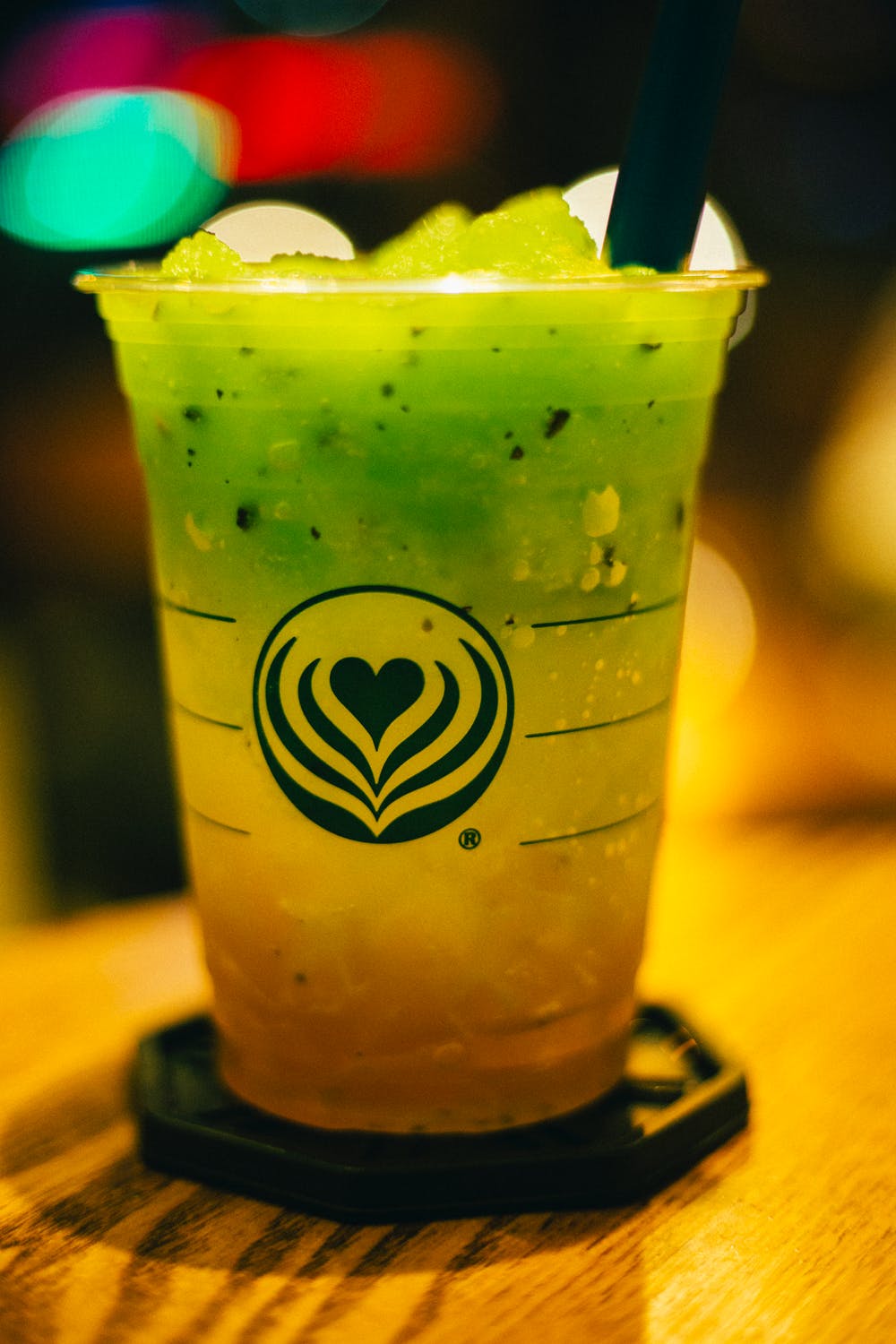 “The slushie machines really do break that often. Most of them are old and rarely get replaced. Sometimes the syrup doesn’t get replaced fast enough — usually when the theater is busy — and it just takes a while for the machine to freeze the liquid into its slush form.”

“We used Diet Coke to clean the stains off the hot dog machine.”

“It was Christmas Eve, 2005. Our theater had just gotten new carpet installed over the past few weeks. It was a pretty quiet night until a big commotion started occurring amongst employees near the bathrooms. The women’s bathroom was trashed with liquid poop everywhere. Like, the seat, the floor…everywhere. The smell was near unbearable. The worst part was, there was a trail of poop running for the entire length of the hallway of the auditoriums — on the brand new carpet.”

“It was permanently stained, and I could point it out for over a decade. They finally replaced the carpet again a couple years ago. We’ll never know what really happened or who did it.” “Movie tickets are expensive because the majority of the sales go to the movie company. Movie theaters basically run off the concession stand, so that’s why they don’t want you bringing in outside food. Popcorn pays the bills, not movie ticket sales.”

“I worked at the concessions stand. If we had an obnoxious customer order a drink, we would fill it with ice, which means they got much less of the actual drink.”

And finally: “I had a manager who spilled hot dogs on the ground and then picked them back up [to serve]. She didn’t want to waste that much food.”