Old video games are full of advice. Some good. Some bad. Some so bad it’s funny. Mostly, the dialogue was written by people who code for a living. They don’t have MFAs in literature. And we’re all better for it. One intrepid reporter (gamer) on Twitter has collected funny, prescient, and pointless advice from various video game advisors. I spoke with the creator of @VGAdvisor about where this project all started.

It started long, long ago: “I’ve been playing games since the NES days.” he said. When I asked how he sources the funny advice, he revealed it’s more painstaking than I expected: “for the most part, the quotes I post are ones I’ve dug up myself. Almost every screenshot I’ve used is one I’ve taken myself. Which, yeah, means a lot of digging through old games.” When I asked if he had a favorite piece of advice from a video game, he said: “There are far too many for me to pick a favorite.”

Thanks to the hard work of @VGAdvisor, we can now read endless, hilarious advice from old games: 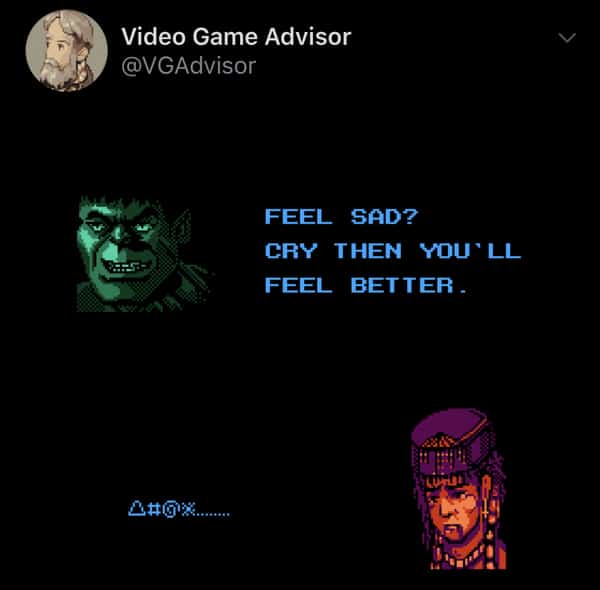 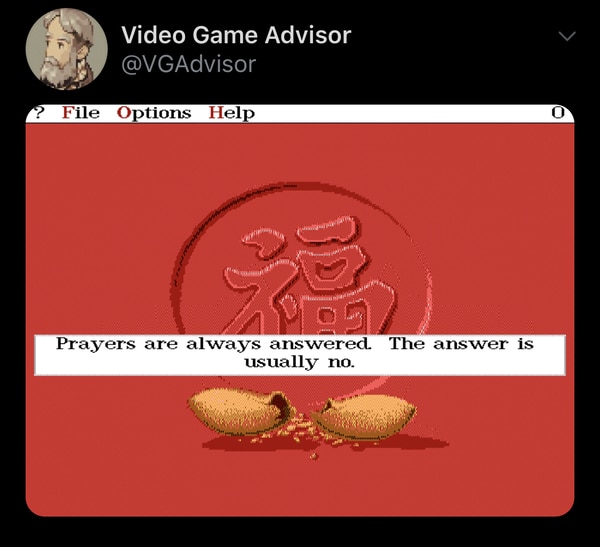 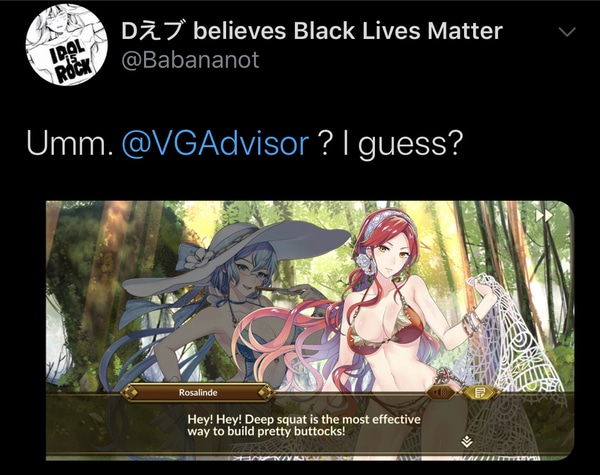 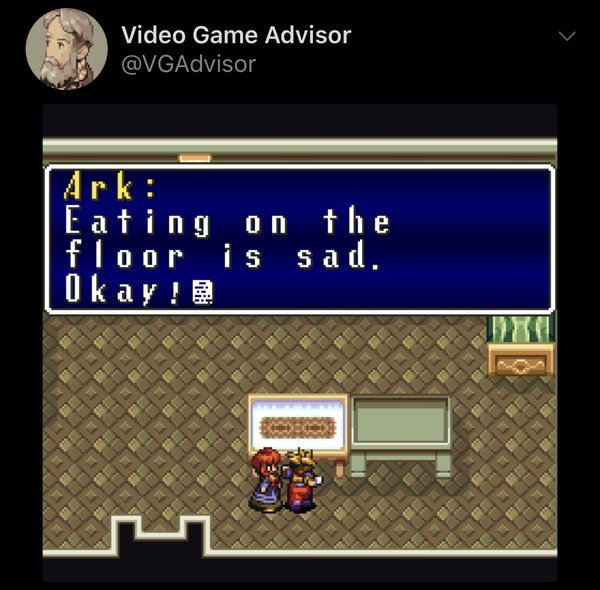 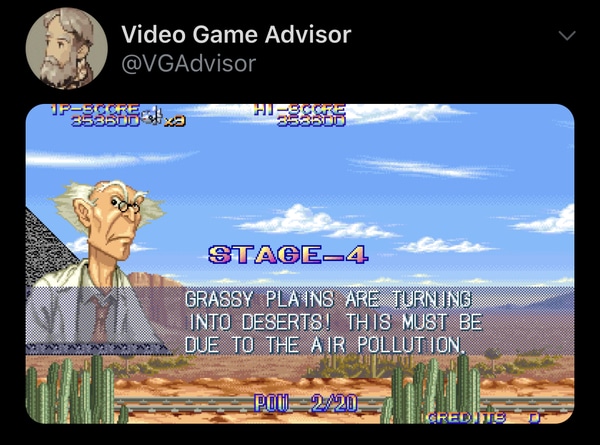 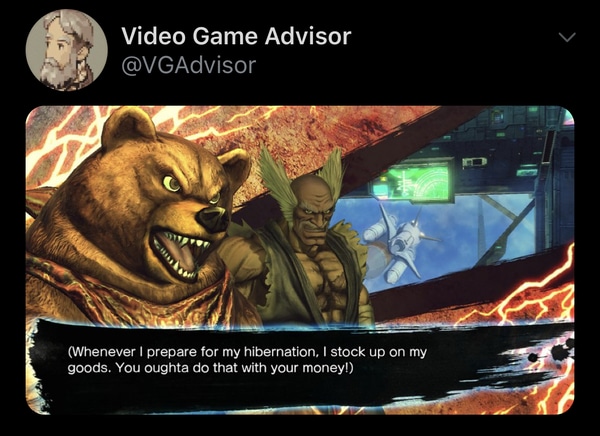 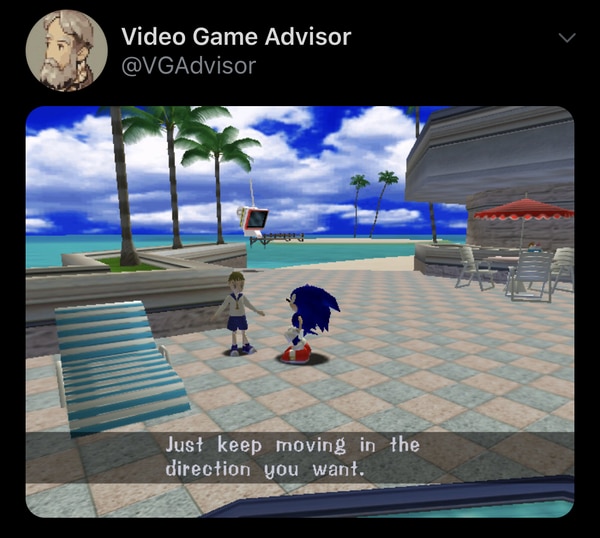 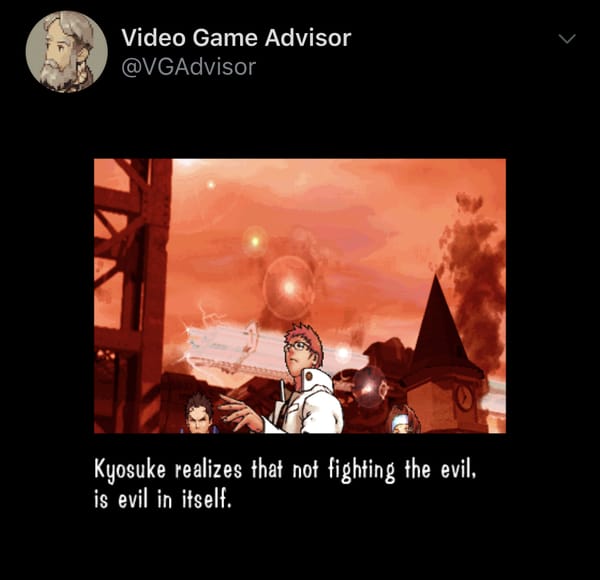 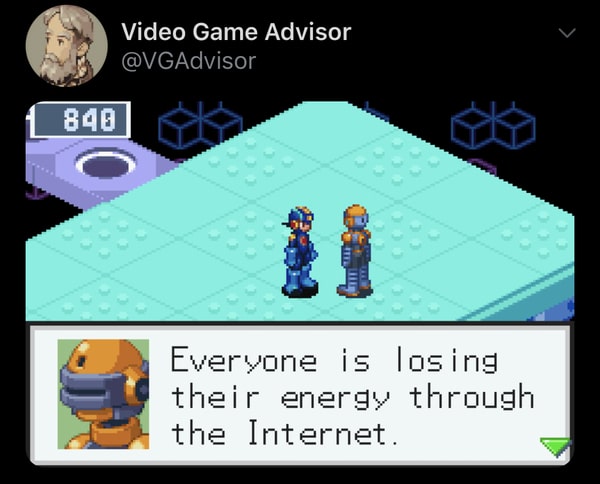 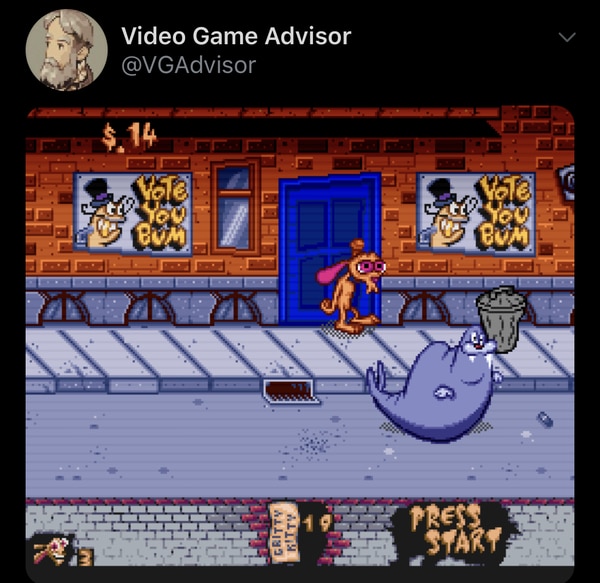 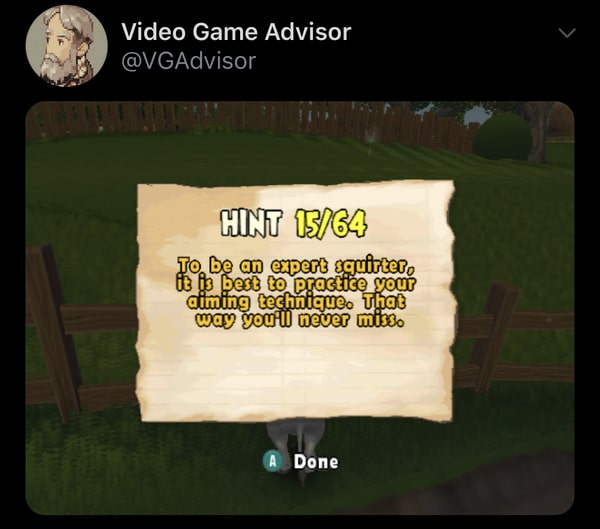 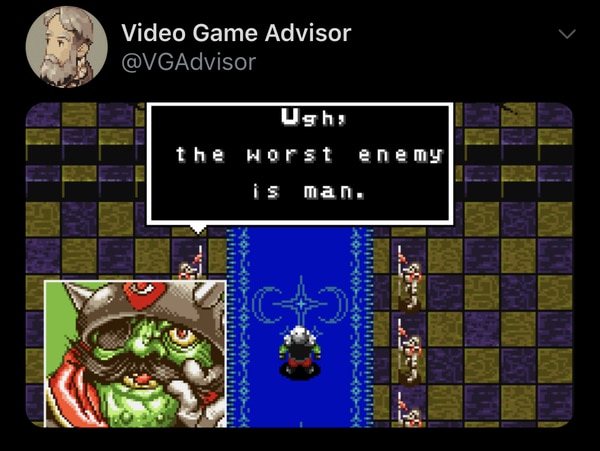 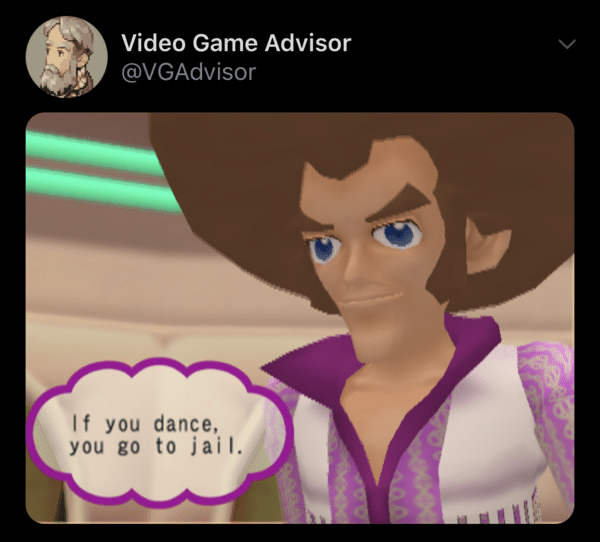 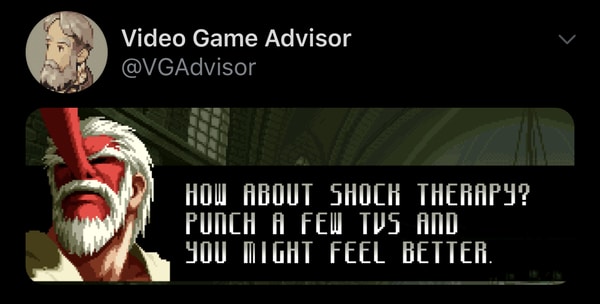 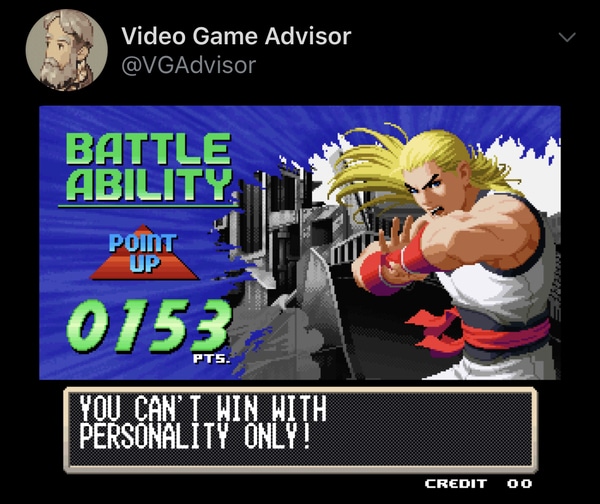 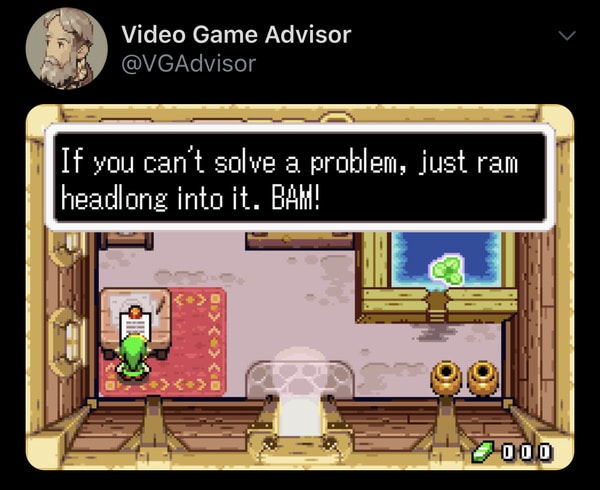 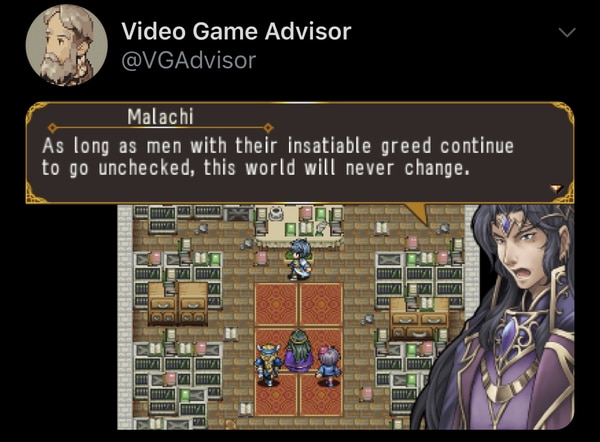 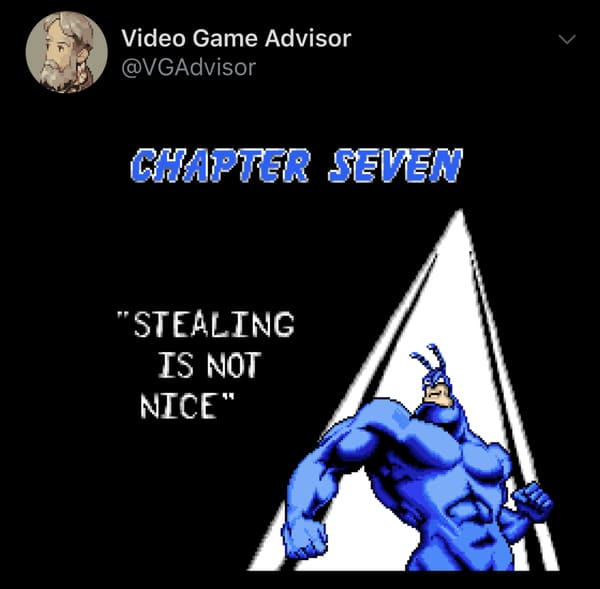 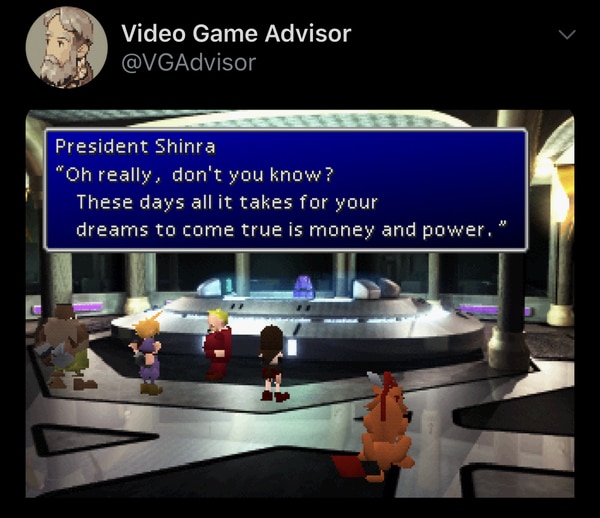 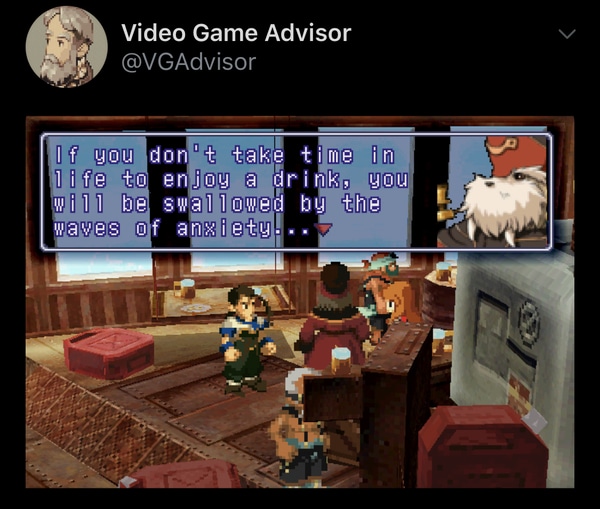 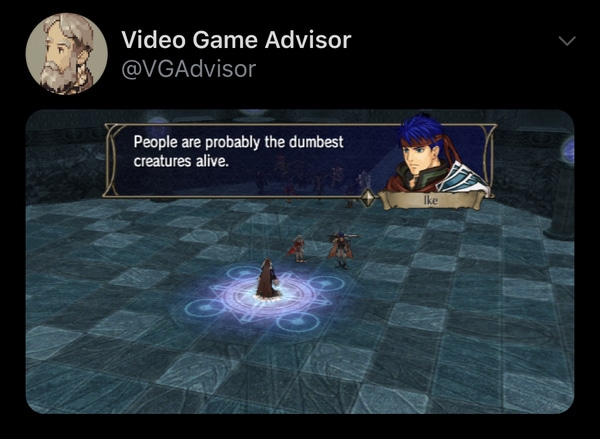 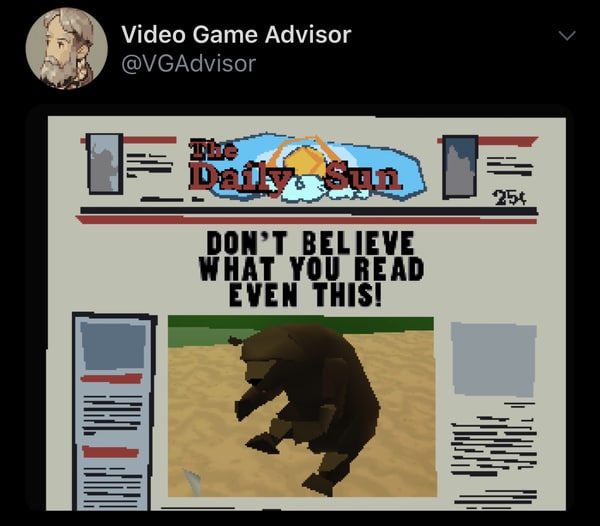 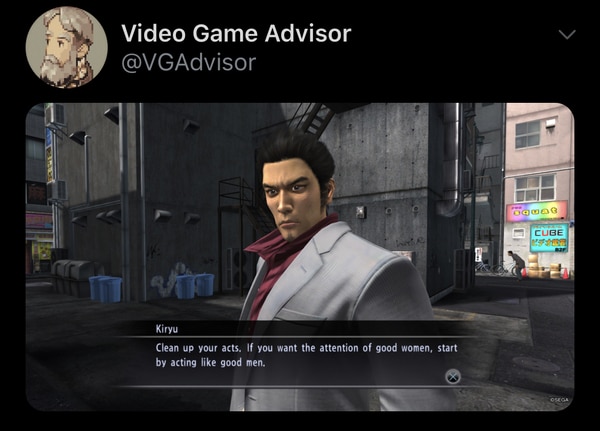 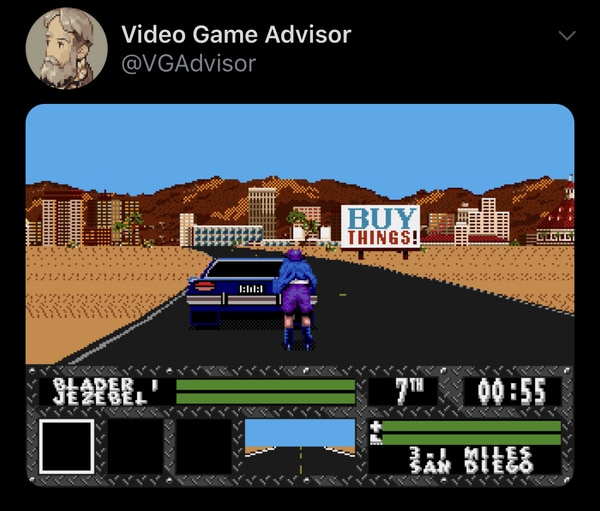 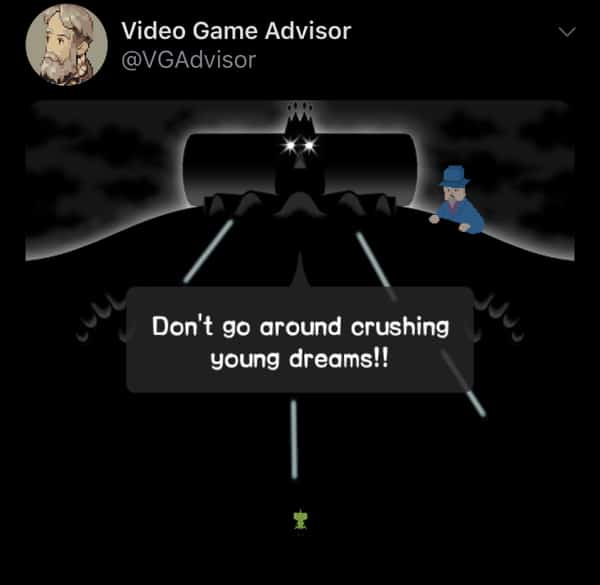 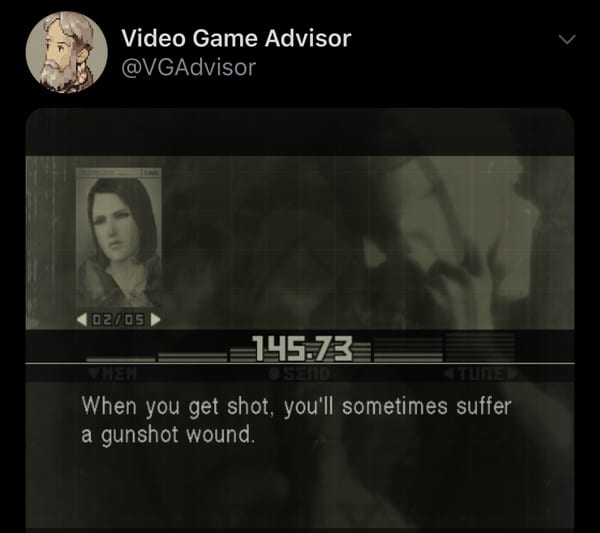