Entitled people are at their most entitlementy when they’re online. Sharing stories is important. Reading and understanding where other people are coming from helps us all be more empathetic. Some people, however, put the “pathetic” in empathetic. Whether it’s people pointing out when a person is acting super entitled, or the choosing beggars are telling on themselves by screaming that everything should be free, these stories are cringeworthy.

Here are stories about super entitled people acting the most entitled: 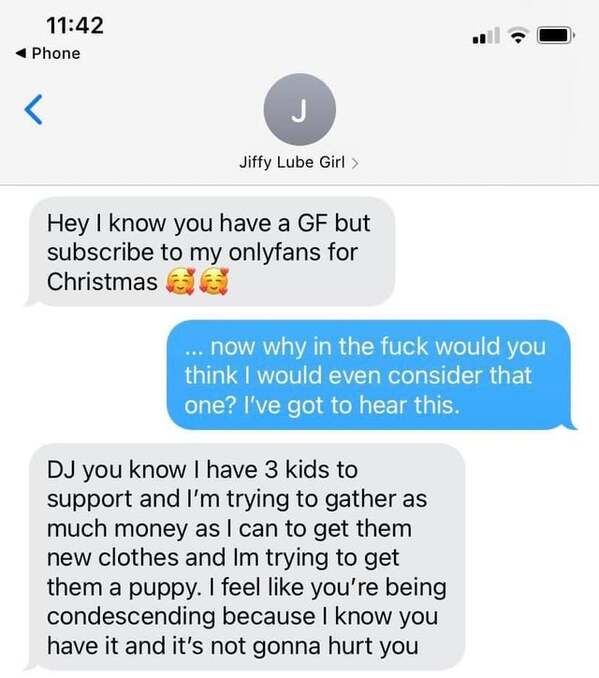 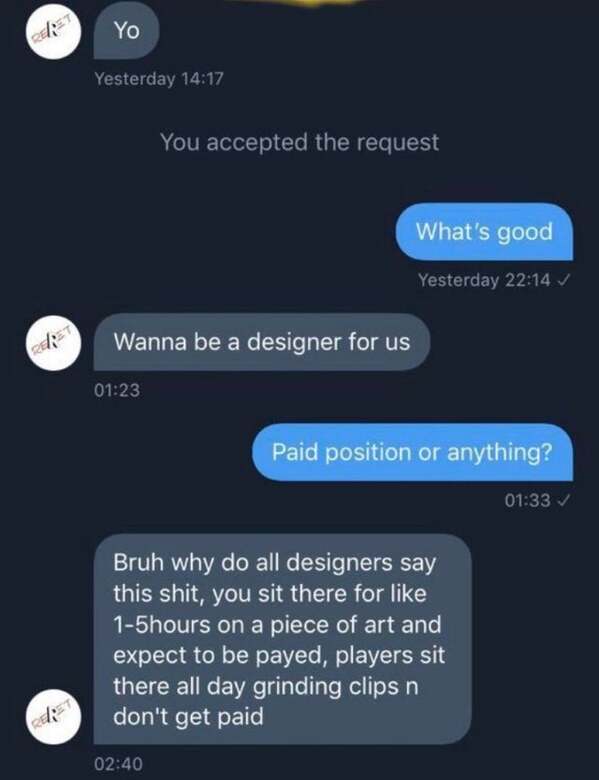 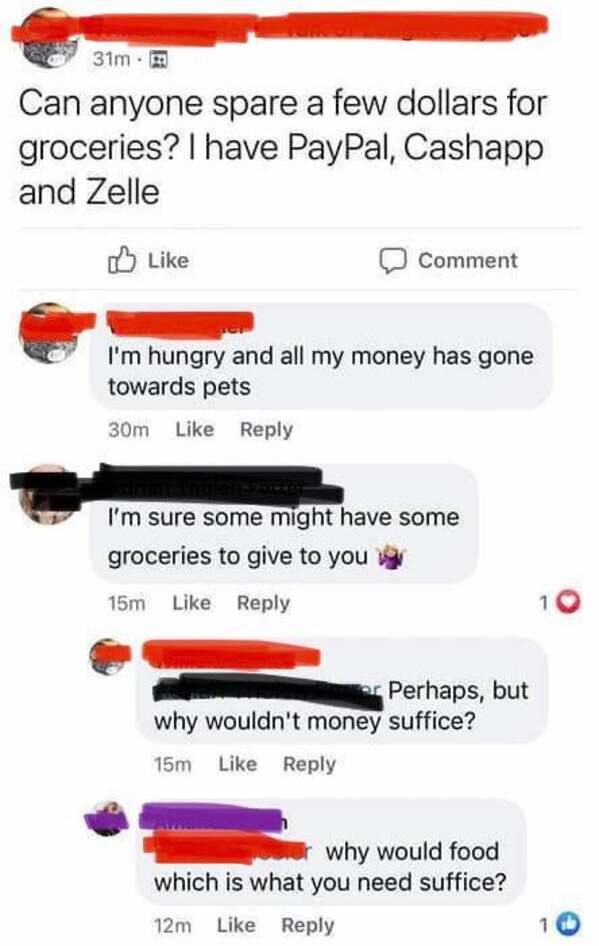 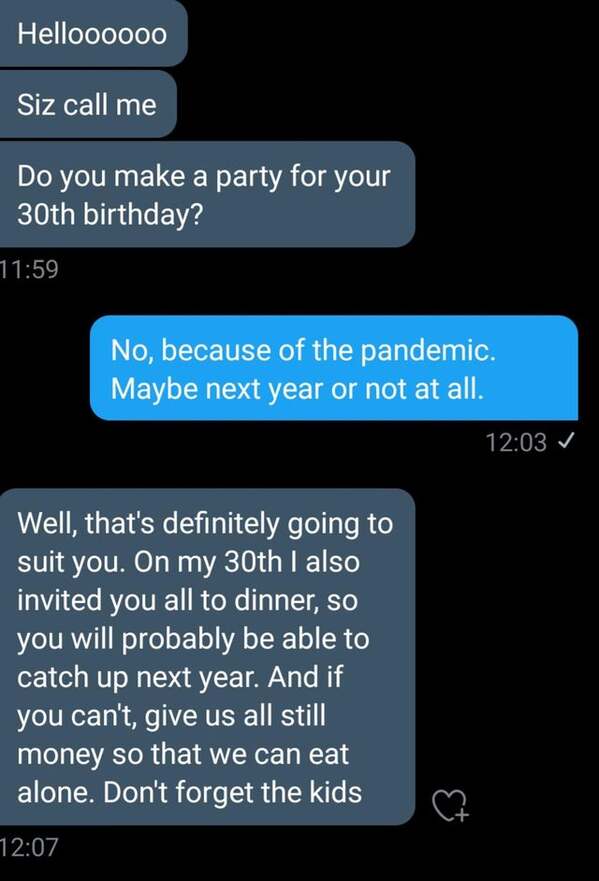 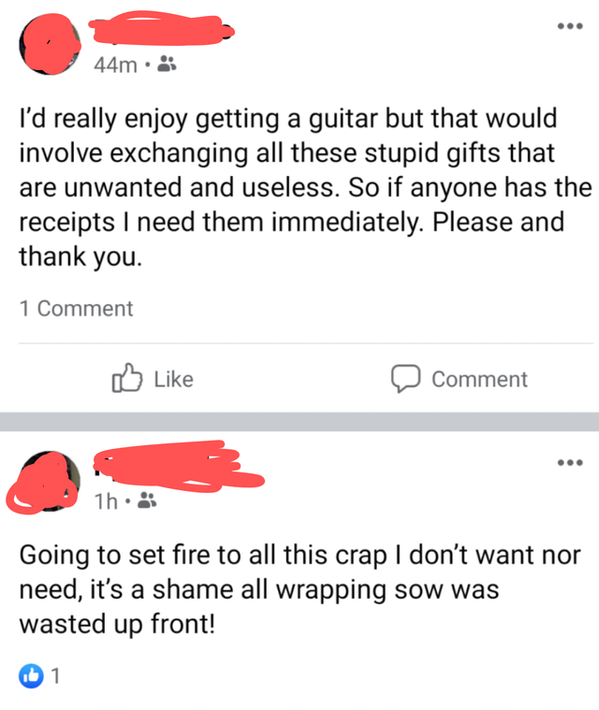 8. Karen once followed me at the airport because I was ‘a lost child’

“This probably needs context before I start. Both my parents are divorced and live in two separate states, I live with my mom and grandparents in Nashville, Tennessee while over school breaks I visit my dad in Rochester, New York.

I’ve flown alone since I was 5, and when I turned 13 my parents said it was ok if I travel without an escort on my layovers as long as I text them when I’m boarding when I land. Fair enough.

This happened when I was 16. Now, I don’t look my age and never have. There’s a bad combination in my family, short genes, and a baby face. I was lucky enough to inherit both. To give you a rough image I’m a 5’0 foot tall girl who weighs about 125 pounds with a baby face, easy for people to mistake me as younger then I am.

Well, flying was always the worst offense because I was alone. I also have bad anxiety and stutter a lot when I’m nervous, so it only adds to the age confusion more.

I was coming back from New York and had a two hour layover in Baltimore. I decided to get some food at chipotle. While I was eating at the food court, minding my own business and scrolling through my phone, this middle aged, white, blonde woman with her two kids walk up to me. We’ll just call her Karen

K: Well you seem young and you’re by yourself

Oh great, here we go again. This wasn’t the first time this happened so I calmly told her that I was fine, and thanks for the concern. Well apparently, Karen didn’t like my answer.

Her tone soon changed from a caring, concerned citizen to a demanding bitch. She told me I wasn’t fine because I was a minor by myself and needed adult supervision to fly.

I did not need adult supervision to be in the airport past security alone, and I told her this. I politely asked her to leave me alone and I understand the confusion. Karen wasn’t having it.

K: I have kids and I know the airport policy about minors

K: No, where are your parents?

K: Yes it does, I need to complain to them

At this point I was getting annoyed. I didn’t want to tell her about the fact my parents were divorced but back then I saw it as the only way for her to fully understand the situation and leave me alone.

Op: Ma’am, I’m 16 years old, my mom is in Nashville waiting for me and my dad is New York. Neither of them are in this airport and they both know I’m by myself and are ok with it. I’m allowed to have a layover by myself and I’m not considered an unaccompanied minor when I’m 16 years old according to the airline. Now please leave me alone.

Op: How am I laying?

K: I know you’re lying because I have children. I know how rebellious they are, and you are definitely NOT 16 years old

I was getting mad at this point. For one, what right do you have to tell me how old I am? And secondly, your children look 7 and 5 years old, a little to young to be going through a ‘teenage rebellion’ I stood up, put my food in my bag and told her,

I took out my driver’s license (looking back I probably shouldn’t have but I was desperate for her to go away) with not only my birthday but the fact I had one in the first place signified I was 16 or older. I didn’t want to show this lady my other information so I let her see the birthday and nothing more. Karen wasn’t going to swallow her pride and walk away.

K: That still doesn’t excuse you from walking around the airport by yourself. How do I know you aren’t running away from home?

I wanted to tell her that even if I was it was none of her business. I repeated Southwest policy to her and told her that if she still didn’t believe me she could go on their website and check for herself or ask an employee.

I then repeated for her to leave me alone or I’d get security. My bluff didn’t seem to affect her. She said I wasn’t going anywhere and I HAD to come with her and find my parents. I simply told her no and began reaching for my backpack.

The Karen grabbed my wrist and started pulling me.

I yanked my wrist away, grabbed my backpack and stared running. At that point people we’re watching and her kids seemed distressed, but I didn’t care. I made a run for my gate. Now I’m not very athletic but I’m definitely faster then this overweight single mom.

I eventually made it to my gate and took a seat at one of the chairs. Still feeling uneasy, I told the lady at the gate what happened and that I was still shaken up. She understood and said if she saw a woman matching the description near the gate she’d make sure she didn’t come near me, and if she did security would be alerted.

Well turns out my gut was right and after about an hour I saw her looking around the different gates, I told the lady and she nodded. She instructed me to get behind the desk as the Karen approached, here’s basiclly the conversation,

K: Excuse me, that child behind you is NOT allowed to be in the airport by herself

She turned to me and asked me if I was an unaccompanied minor. I answered no.

W: If she’s not an unaccompanied minor then she can be in the airport by herself

W: Oh really? She turned to me and asked to see my boarding pass

I gladly handed it to her. She reviewed it and said it looked fine she then asked to see what I showed the Karen, I handed her my driver’s license the she also said looked fine. Karen demanded the woman at the desk handed me over to her so she could take me to her gate and find my parents. This scared me. I knew I wasn’t going anywhere with this woman but it didn’t stop me from being scared.

W: Ma’am, is this girl your child?

W: Then I’m afraid I cannot give her to you, I can assure you she’s in good hands

K: No she’s not, because she’s rebellious and lying, I’m clearly more qualified to take care of her considering I have children and you don’t!

That did it. At this point I could feel a panic attack coming on, the nice woman must’ve noticed this. She told the Karen that either she goes to her gate and leaves me alone or security will be called.

Karen huffed and puffed, saying s the front desk lady boi didn’t know her own airline policies and she’ll be calling 911 for child endangerment and Southwest was going to get shutdown for this. The lady at the desk only nodded. After Karen was done with her rant she walked away before security could come.

Before she left the lady asked her name so she could file a complaint for her (an obvious lie) and she told her. We’ll just keep her name as Karen. The lady at the desk offered to find her gate, inform them of what happened and made sure she didn’t leave her gate to make me feel safer.

Her gate was informed about the situation and they said that would make sure she wouldn’t leave the terminal once she arrived. It made me feel a lot better.

I’m still a little shaken up from the whole thing but I still fly on my own but I make sure to carry around my ID and passport and if anyone asked if I needed help, I’d quickly answer no and walk away. That may make me look more suspicious but I don’t care, I’d rather come across rude then have to deal with another crazy Karen.” –u/ThanosPurpleBoi 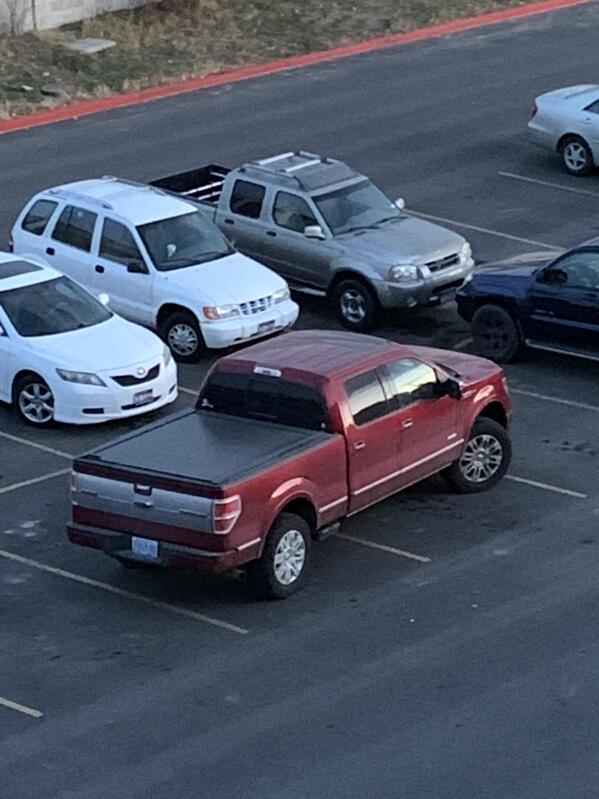