Reddit AITA posts are often divisive. However, there are times when everyone agrees someone is being unreasonable. A vegan hosting a wedding with a vegan caterer asked if she was being rude to only offer vegan options for dinner. The Internet responded unanimously.

I’m getting married this summer, and we’ve already picked which animals will be sacrificed. And that’s just for the ceremony. We spent hours thinking about how to accommodate our guests at a party that, yes, costs money to attend, but I assure you it’s a pittance compared to what we paid to have it. I already regret not spending the money on a house.

Many guests at weddings, however, do not appreciate this work or the amount of money spent. It’s never good enough. As was the case with this story.

Here’s what happened when a bride asked Reddit “AITA for serving vegan food at my wedding”? 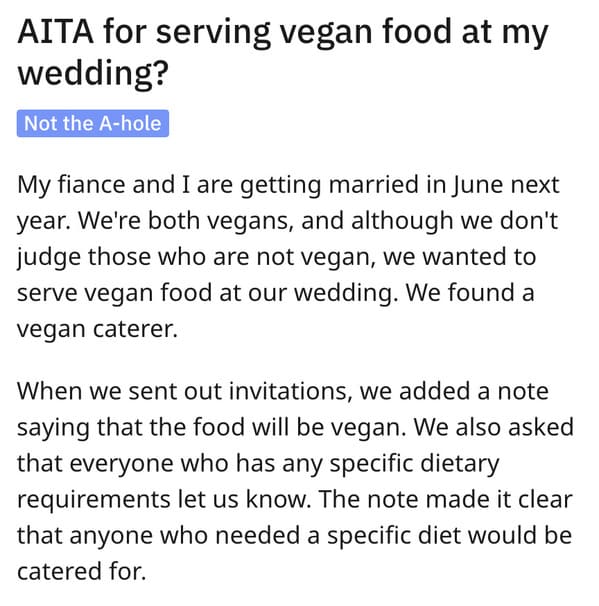 Planning a wedding during COVID has been a real blast. The best part? If even one family member complains, they will be sent home. We may only have 50 slots to fill. You’re all on the chopping block. 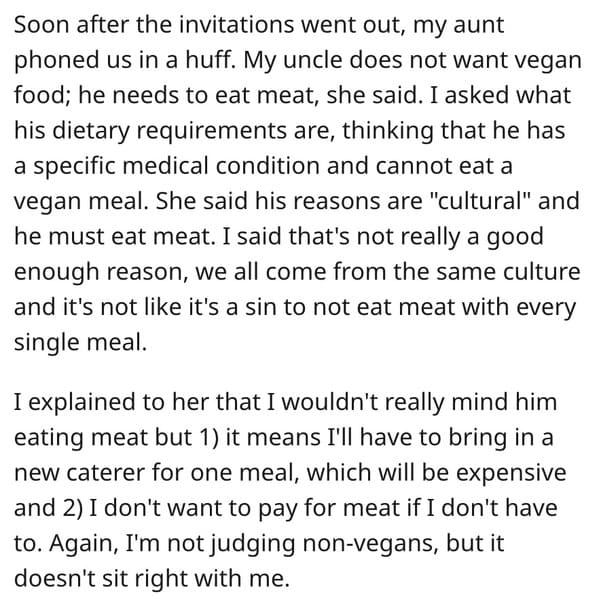 The rule is: you eat what we have or you bring your own food. We will watch out for dietary restrictions, but not dietary “wants.”

The picky eaters doubled down. 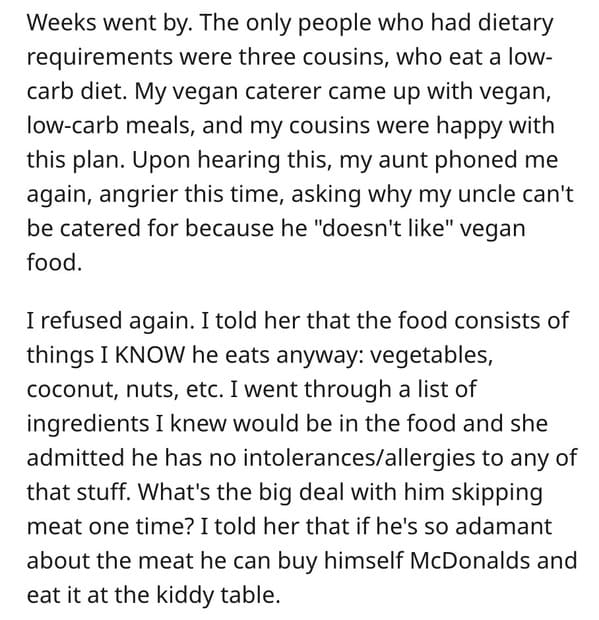 There were consequences for telling off the Aunt: 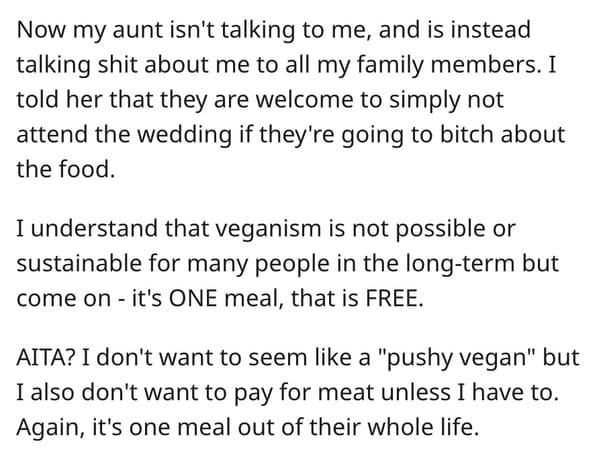 No one likes a “pushy vegan” but was she wrong?

Here is how people responded to this AITA post: 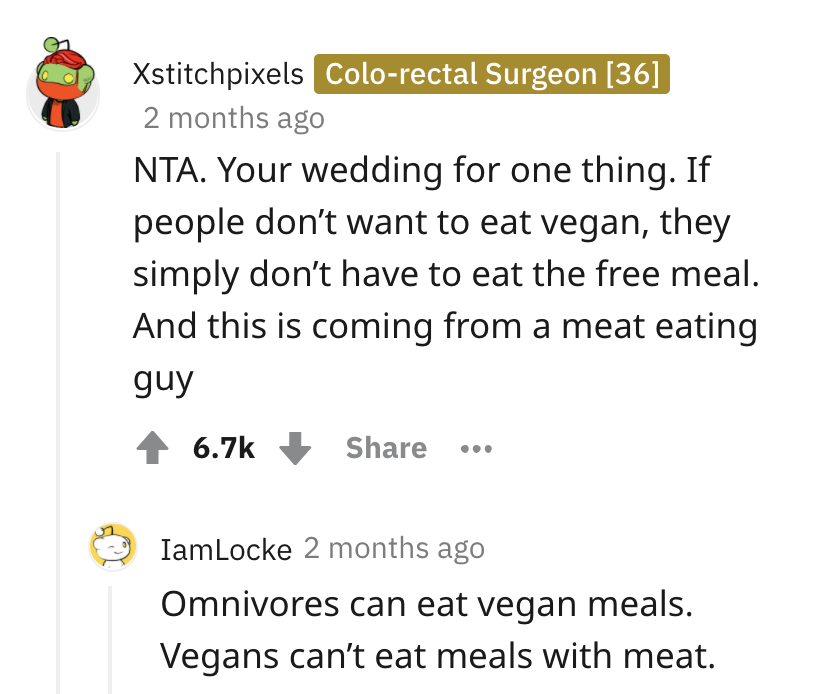 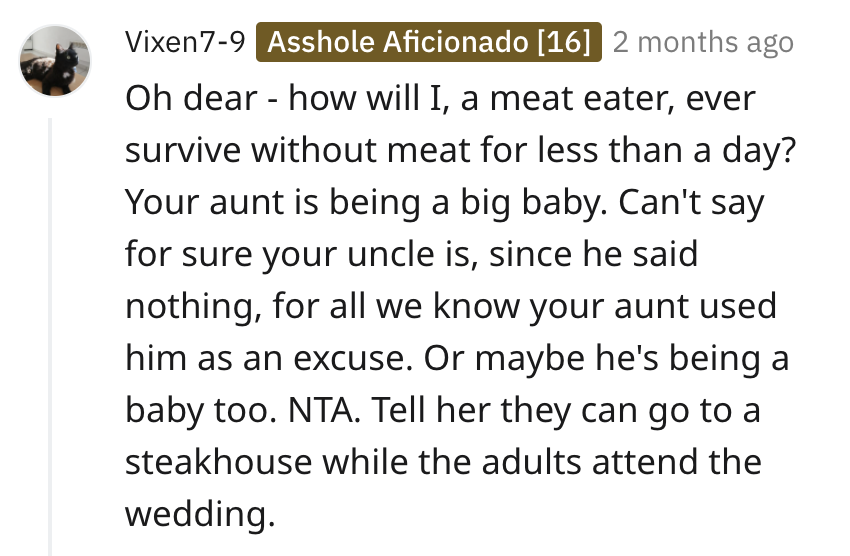 That’s a resounding “Not the asshole” from the peanut gallery.