Back in the day, before the entire internet was consolidated into 3 social media sites, I used StumbleUpon to find weird games, scary stories, and straight-up terrible flash animation videos. Honestly, I checked two sites before Twitter, Reddit, and Facebook: Homestar Runner and AbeVigoda.com (it told you if he was alive or not). Thankfully, the time-wasting websites are still alive and well outside of social media. People took the time to recommend their favorites.

A Redditor had a simple question: “What is the coolest website you’ve visited that no one knows about?” Strangely, the people who spend a ton of time on a social media site that sucks up content from other places had some original idea about where to go on the internet.

Here are people’s favorite time-wasting websites that you might not know about: 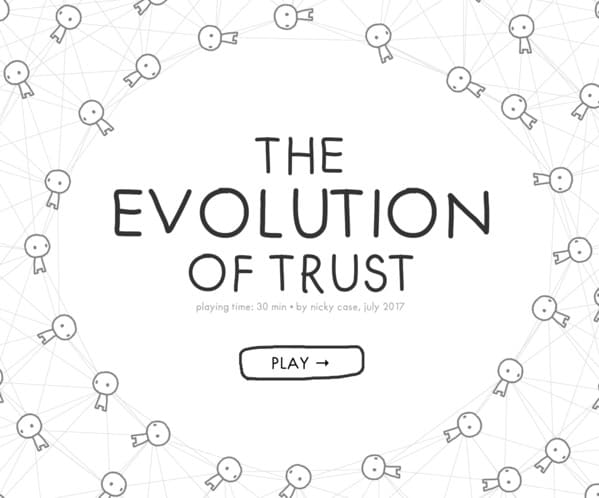 “It’s an interactive website that showcases what makes the Prisoner’s Dilemma cool.” –Kinetic_Cucumber 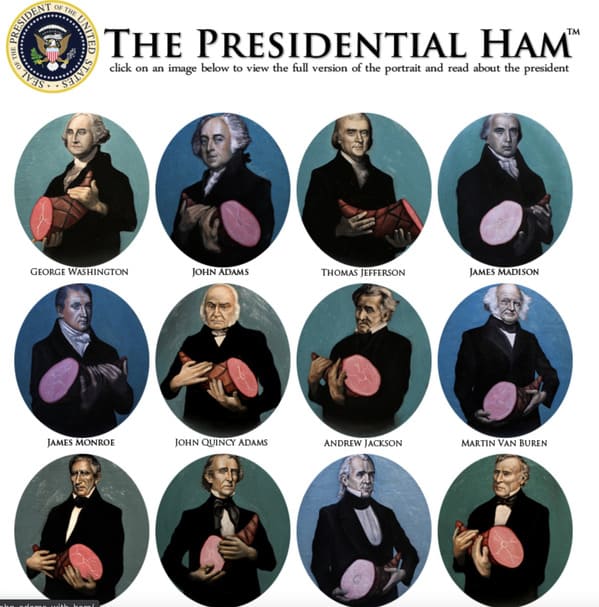 “My high school substitute’s son is an artist who painted each US President holding a ham. I have no idea why, but I go there sometimes for a laugh.” –1fsh2fshRdtFshBluFsh

3. Little Sis helps you find out who pays your Senators. 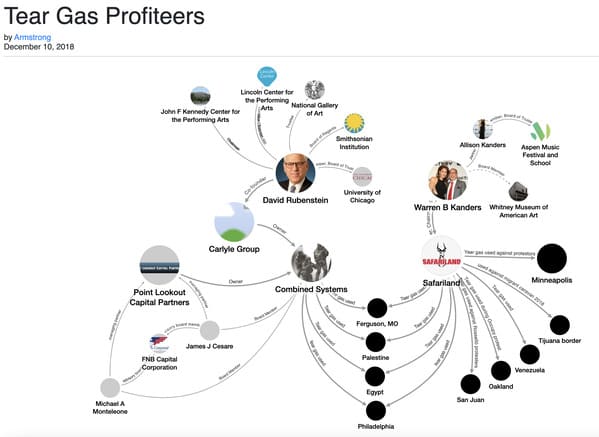 “Not sure if it’s still maintained but Little Sis was “an involuntary Facebook for the elite.” You click a politician, donor, celeb and it shows you who are they connected to and the strength of the connection. You can get an easy picture of what donors, think tanks, and politicians are really beholden to.” –rationalconspiracist 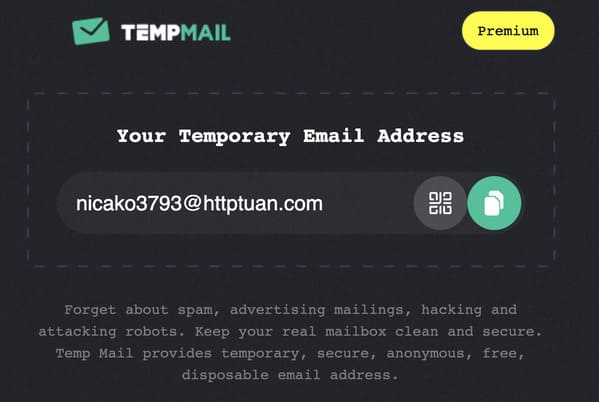 5. An online strategy game for people who like reading called Nation States. 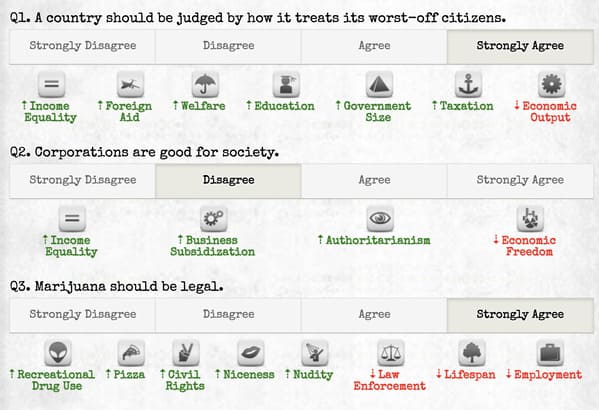 “Online nation simulator. The core of the game is pretty simple; answer multiple-choice issues that appear once every 6 hours. Depending on what you pick, the stats of your nation (everything from cheese exports to citizen rudeness) will change. The fun really starts on the forums, IMO.” –somewhereoutinspace

6. A hodgepodge of different cool concepts for a website called Neal.Fun. 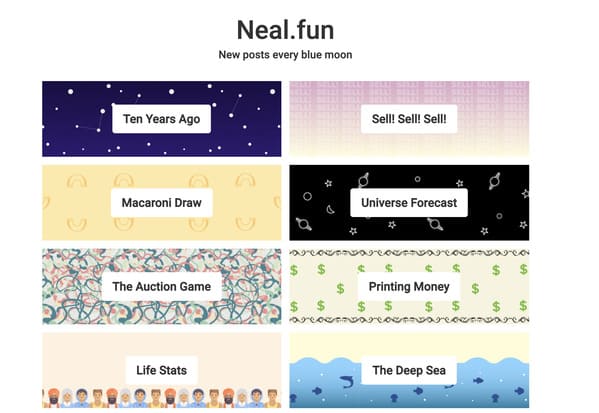 My favorite is probably the “10 Years Ago” feature showing exactly what was happening on certain news and shopping sites a decade back. Submitted by Cabra42.

7. Listen to what’s on the radio all over the world, thanks to Radio Garden. 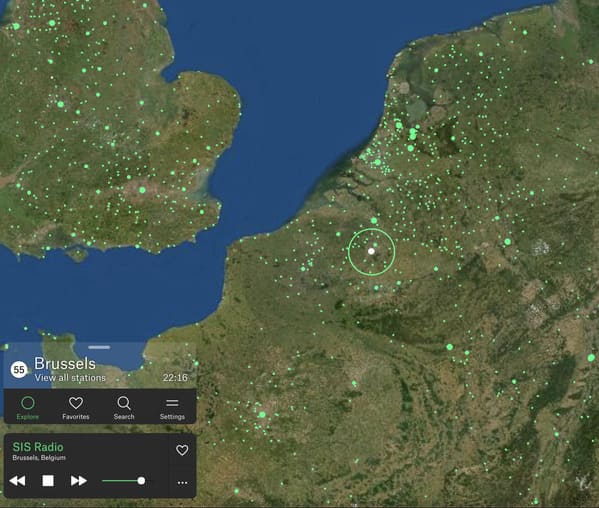 “Listen to radio stations from any country on the planet.

KPOP from Seoul? JPOP from Tokyo? Want to marvel at the fact that everyone and their dog has a radio station in the Netherlands and Belgium?

If you can wade through all the English-language stations in basically every country, language learners can find tons of stations to help their listening skills in their language of choice.

Living in a different country from your home but want to listen to the radio from home? Hop on and see if the station has been added.” –h3lblad3

8. Classic Reload lets you play thousands of DOS games so you can relive the magic of using your first computer. 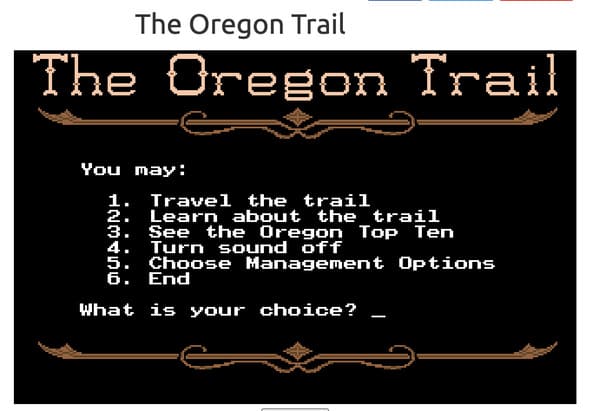 “This website has over 6000+ Old DOS/Windows and Console games preserved for future generations. The website is free to use and tuhe games can be played directly through the browser. I persornally used the site to relive Warcraft 2 and had a blast.” –MartinSKjoedt

9. See computer-generated people who look like the real thing but aren’t on ThisPersonDoesNotExist. 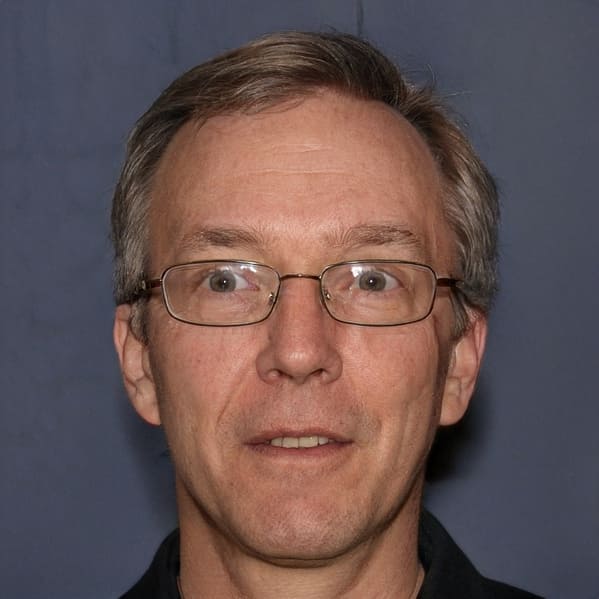 “www.thispersondoesnotexist.com shows you a computer generated image of a person every time you refresh. Sometimes there are some weird artifacts in the images but often they look very real.” –Tegurd

10. Read nearly any ebook on z-library. 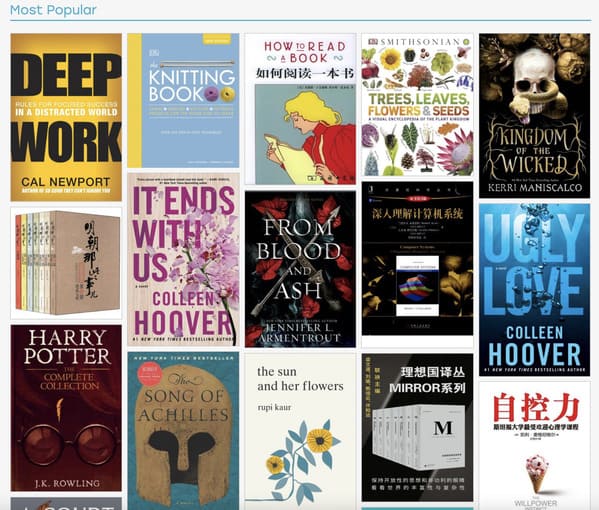 It’s a lot of books. The think Google dreamed of doing. Good for finding expensive textbooks. Submitted by medhahahahha

11. Experience 1993 all over again with this joke version of Windows. 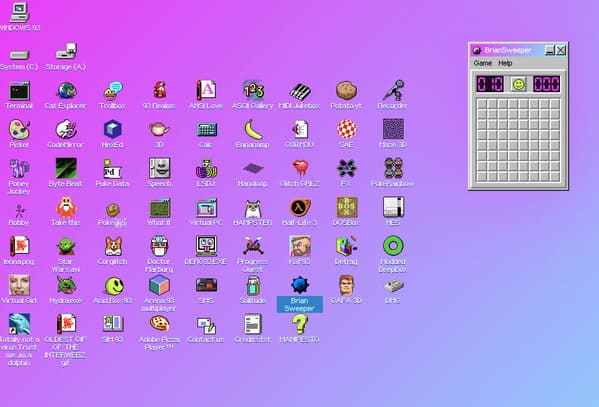 “It offers such fun things, and most of them are miscellaneous. the trollbox is a chatbox with randoms, I’m there almost every second, or every day. It has that nineties aesthetic to it that makes me wish I could have been around then to experience the technologies of that time.” –Entry-741021

12. Find a movie that’s exactly like your favorite movie on BestSimilar. 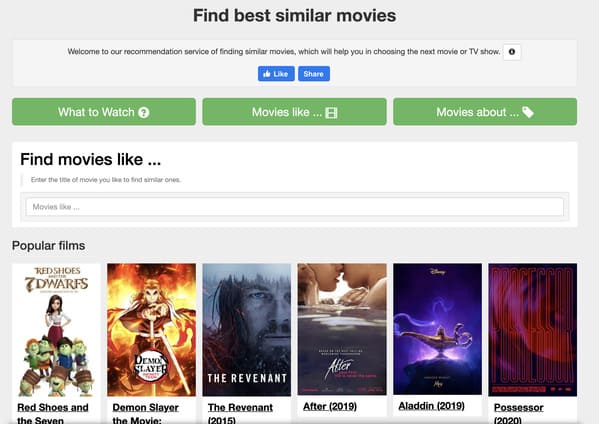 “You watched a movie that you loved? With this website you can input a film and it’ll give you similar ones.” –Victorino__

13. Find the funniest and weirdest old chatroom content on Bash.org.

“It’s text chatlogs from oldschool internet chatrooms. Formatted somewhat like Reddit’s ‘best of’ – you can upvote or downvote and it only shows top of all time.” –sirgog

“This is a fun, novelty website where you can easily lose yourself for hours with nostalgia. Basically it uses YouTube videos to simulate watching TV in 90s and allows you to specify the year you want, along with what categories you want to see when you change channels.” –-eDgAR-

15. Feel like you’re hacking the mainframe with this dumb keyboard. 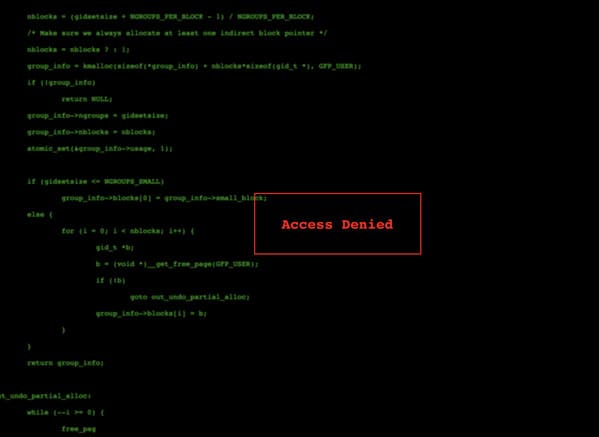 16. See the least-viewed and often weirdest things on YouTube with PetitTube. 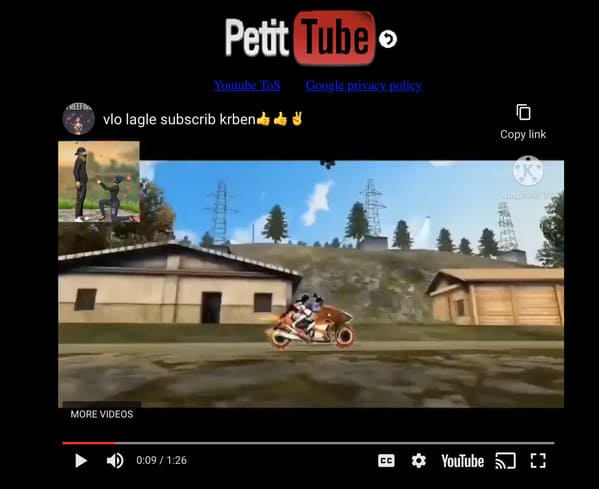 “Only plays videos from YouTube that have less than 100 views. Really fun if you wanna go down the obscure rabbit hole on YouTube.” –justacatholic

17. Looking for a specific kind of song? Check Everynoise.com 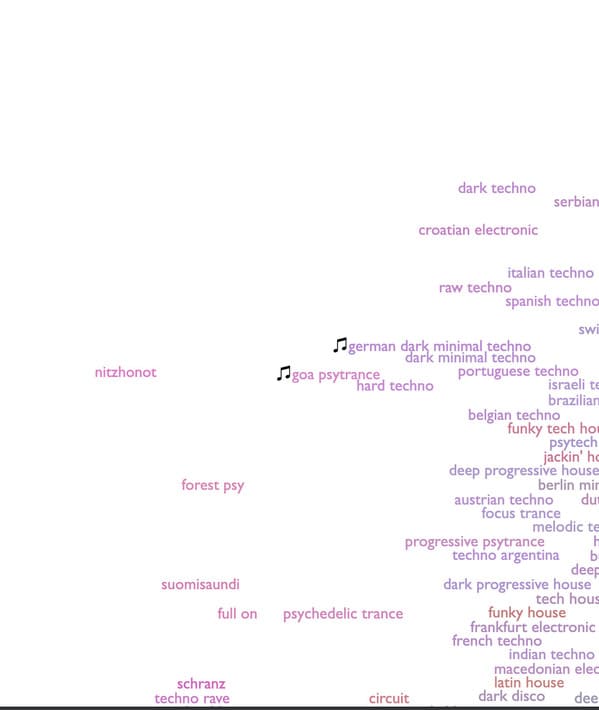 “Cool website that I’m surprised not as many people know about. Useful for finding artists similar to ones you enjoy. Artist names are arranged 2 dimensionally where down is “more organic” and right is more “bouncy and spikey” –Scotty0002

18. After all these years, PostSecret is still sharing the confessions of random people who mailed a letter. 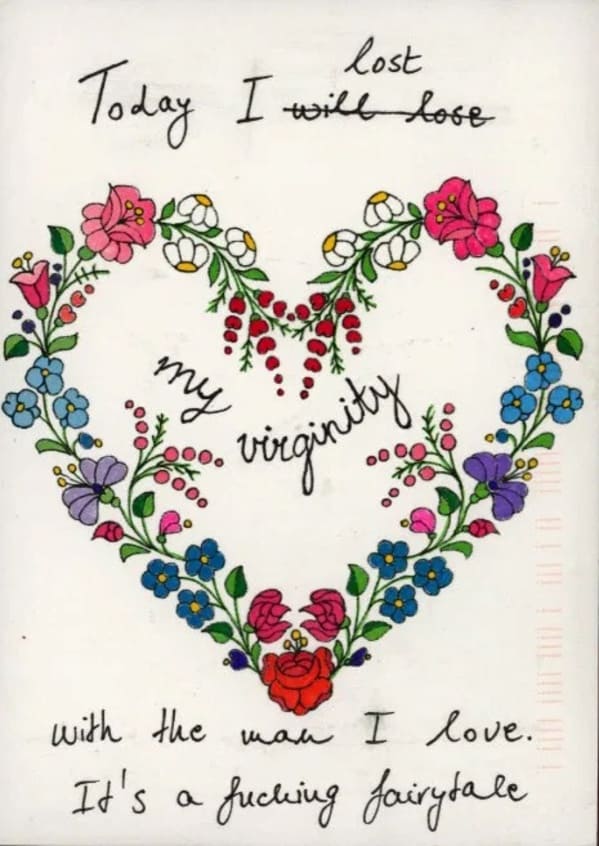 “New secrets from anonymous strangers every Sunday. Been checking since I was 18.” –mrshouseofharrison