Congratulations, bro. You made yourself into a meme.

After Twitter user “@seastarjay” sent out a semi-vulnerable post about being single yet still wanting to cuddle, one white knight named Jason Richard Levy came to the rescue. Of course, he’s smart. Of course, he’s conventionally attractive (for a bearded average guy) but his approach gave more to the world than he expected. He hilariously failed to help our cuddle queen, and instead face planted in the most cringeworthy way possible.

I never bragged about my IQ. I’m not even sure what it is or how you find out? Women love confidence. They hate, however, arrogant weirdos. Especially, I’m sorry to say, arrogant weirdos who know magic. I’m a dork who played Magic: The Gathering for years, and still, I was able to have sex with other human beings mostly because I didn’t bring it up that often. So, when the roast started with claiming he’s a magician, things turned brutal.

Let’s thank the sweet lord we are not the type of person who tries to hit on women on Twitter. At least, not in public. That’s what the DMs are for.

Here is the story of a guy who just wanted to make the world less lonely, but ended up sounding like a creep who brags about his IQ:

1. It all started innocently enough with a tweet about cuddling.

2. He replied to say that “she’s high on… me” with a photo to try to seal the deal. Seastarjay wasn’t having it.

3. But thankfully, he took it in stride. 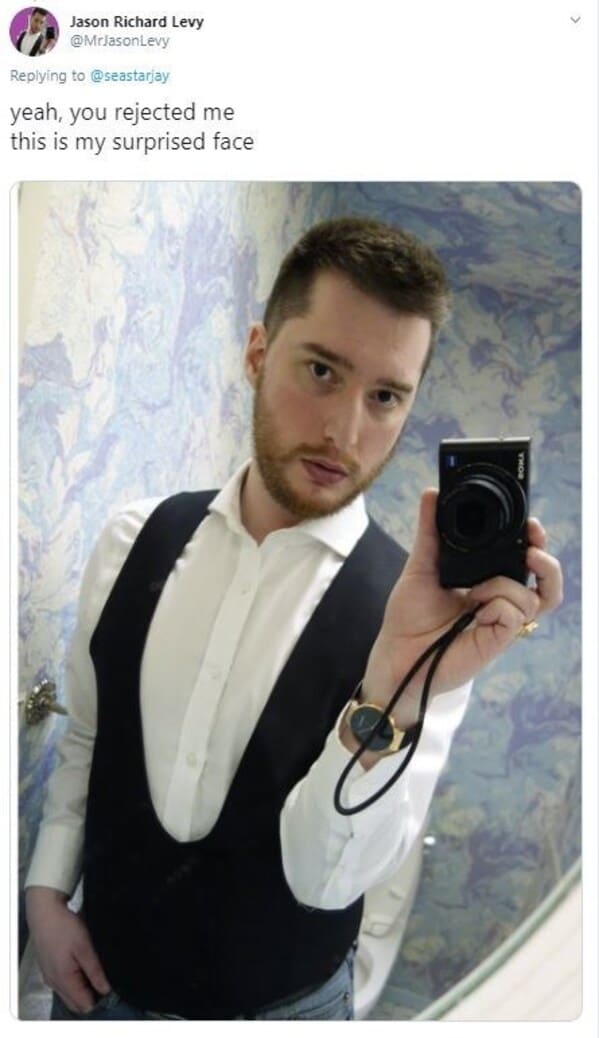 4. People stepped in, hoping the this wouldn’t get any more cringe.

5. Instead of dropping the issue, we got a Joker-style rant about our “culture.” 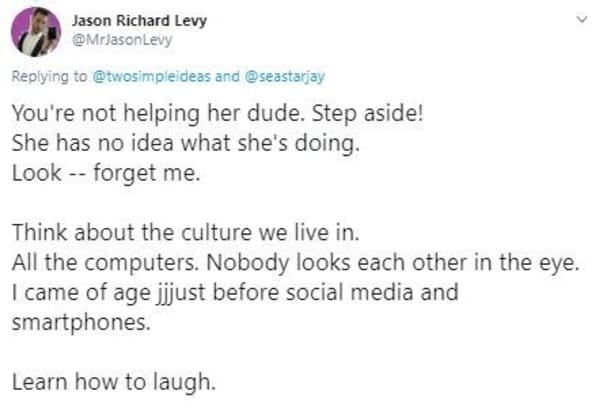 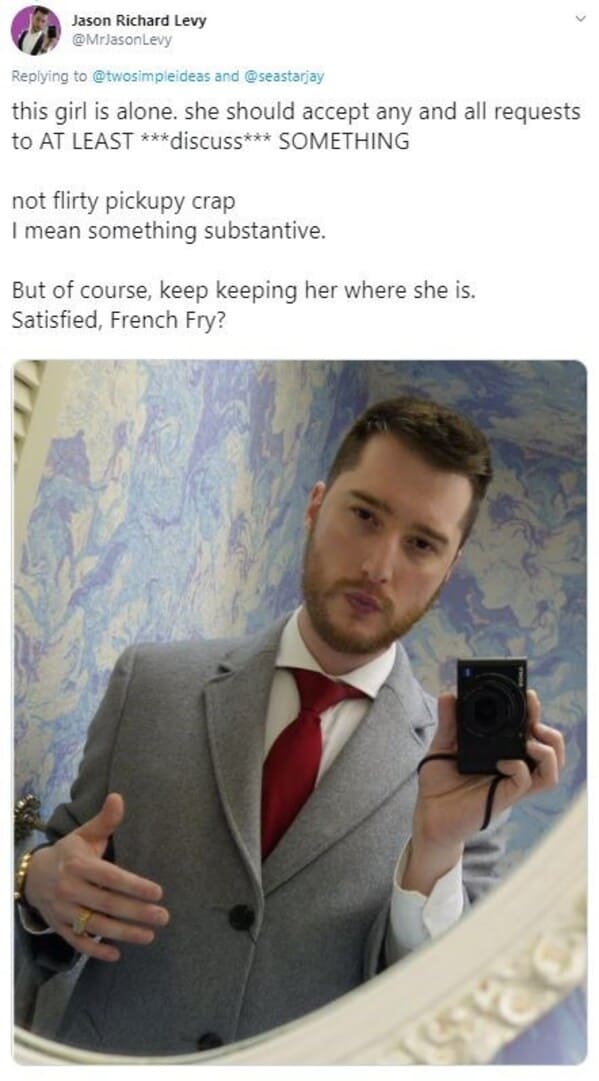 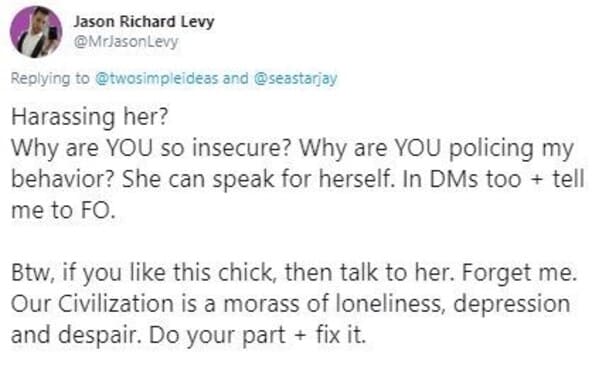 9. Roasted again by Kai, but clearly a dismount line.

10. Yet, Jason took it there. Really dug his heels in. 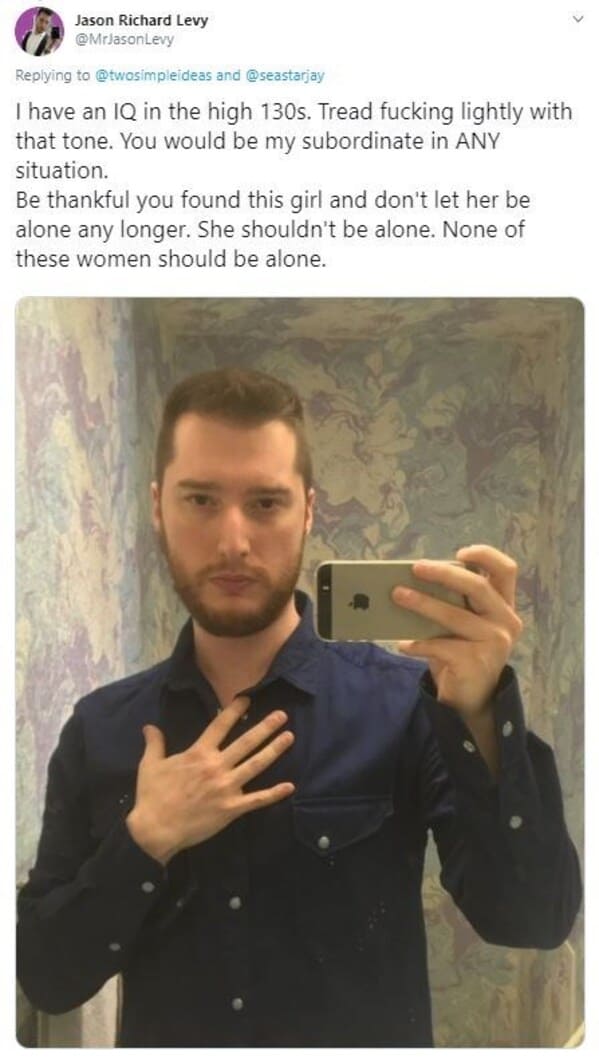 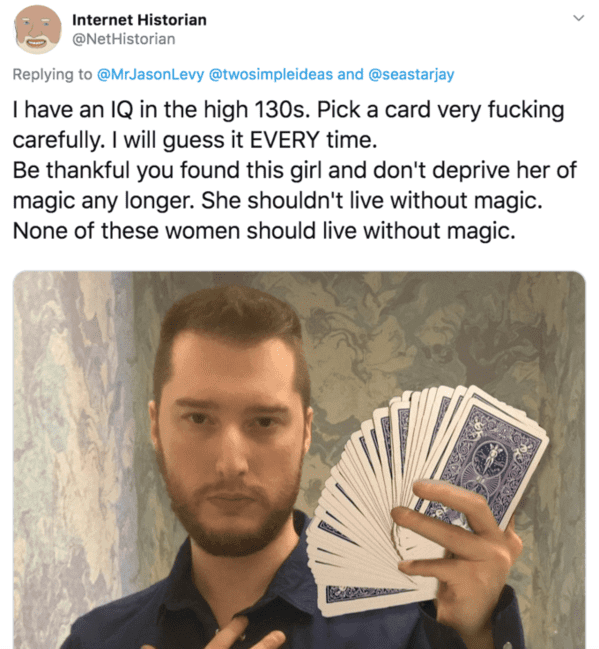 12. The smartest man alive got roasted in one photo. 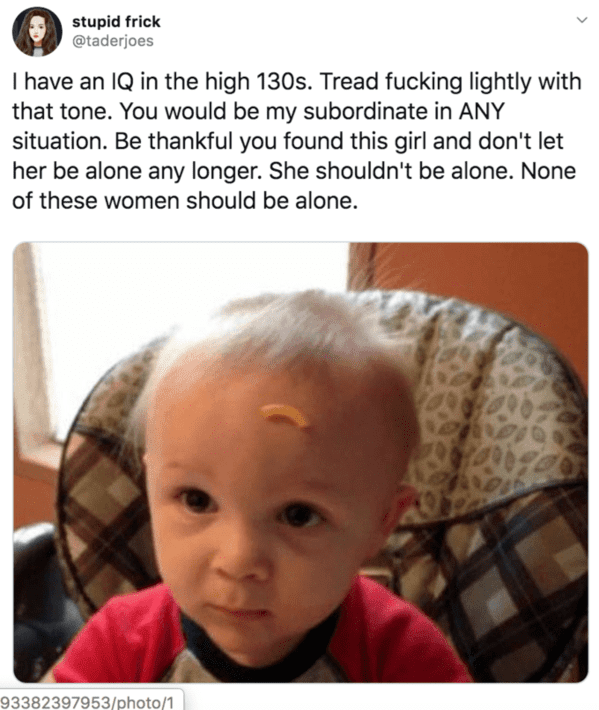 13. Dang, don’t bring Minions into this! 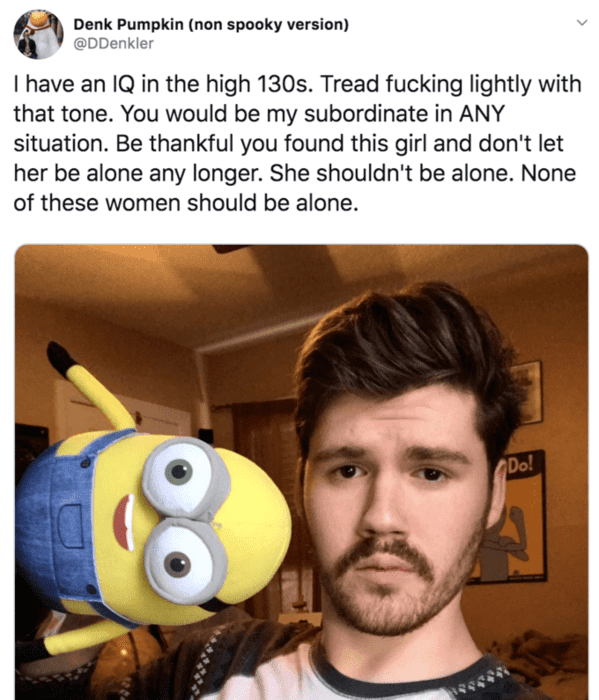 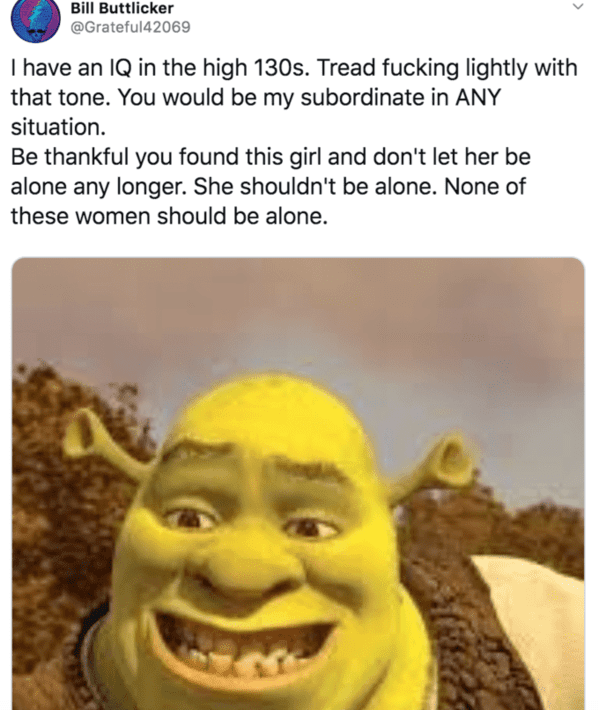 15. Good for you! Let’s forget this ever happened. 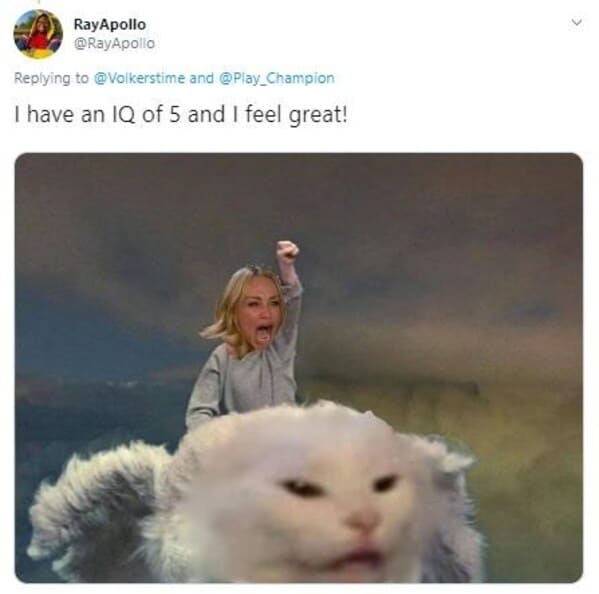