People deserve to get paid for their work. In this country, however, we seem to put random values on labor. Why should a person who sits at in an office all day make four times as much as someone who mops that office floor? Why shouldn’t retail employees make enough to shop at the stores where they work? Have you ever run a cash register? It’s not backbreaking, but it’s mind-numbing. People who do it deserve to make a living wage.

Often, I ask myself, is an hour of my life worth $20 or even $30? Most people, however, take what they can get, and what they can get is peanuts. The minimum wage was made so employers couldn’t exploit workers. Unfortunately, many people on the internet don’t see it that way. Thankfully, people took some screenshots of the dumbest arguments against increasing the minimum wage, and we’re here today to enjoy those photos.

Here are the dumbest arguments for keeping the minimum wage the same in America even though it hasn’t changed in a decade:

1. Fact-checking the dumbest man on the internet. 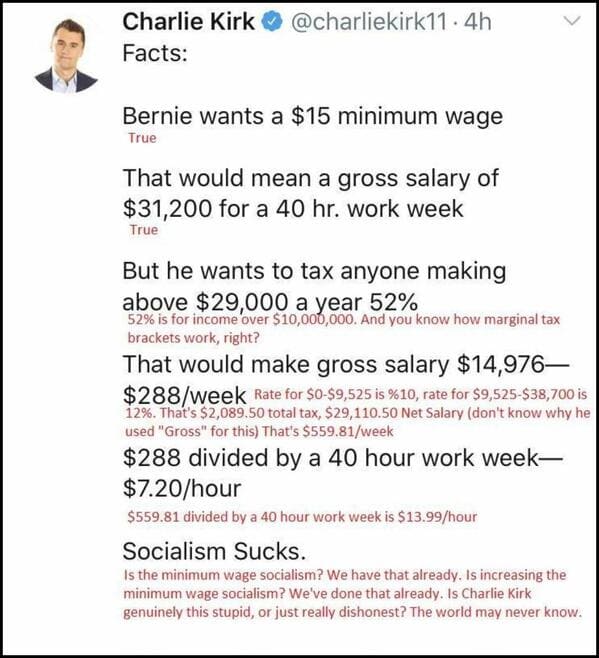 2. Where exactly is Australia? 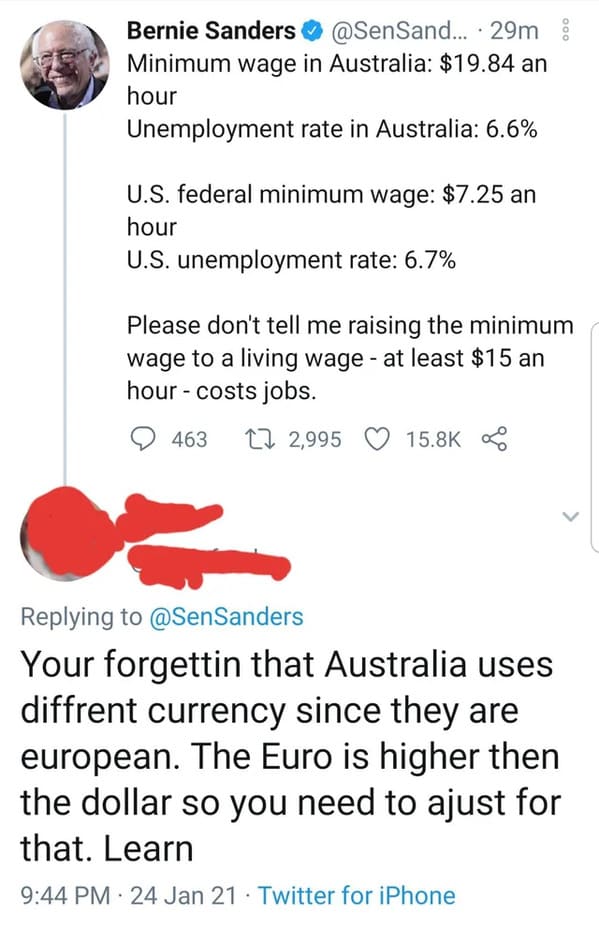 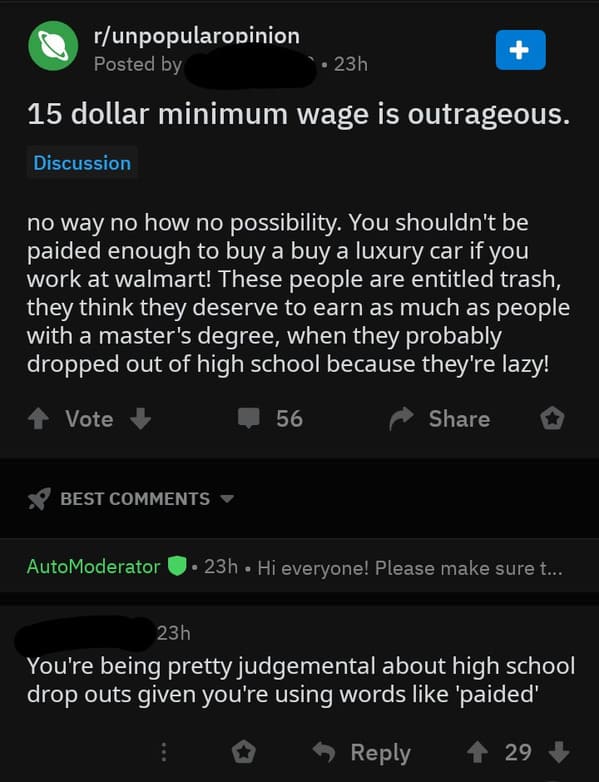 4. The epitome of poverty. 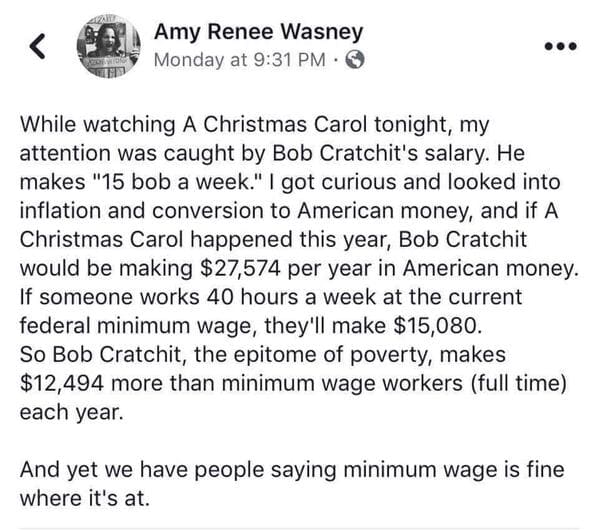 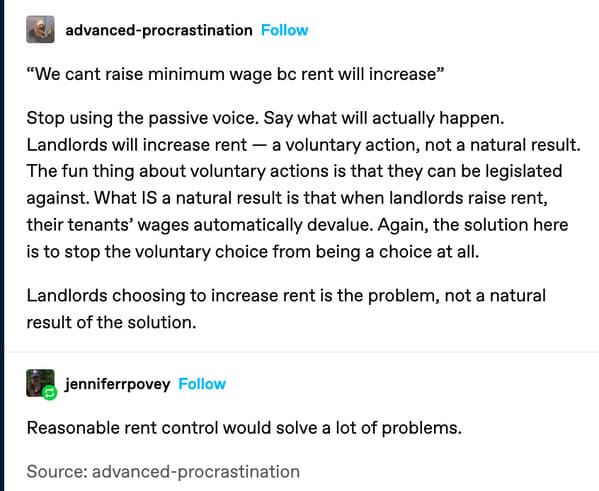 6. I guess I’m a medium-bad person since my wage hasn’t changed in awhile. 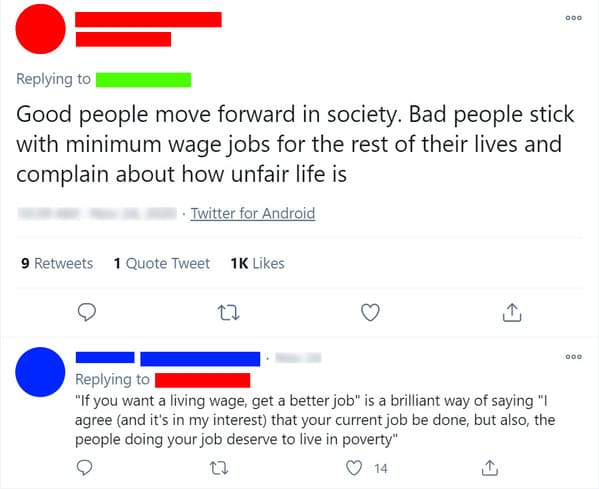 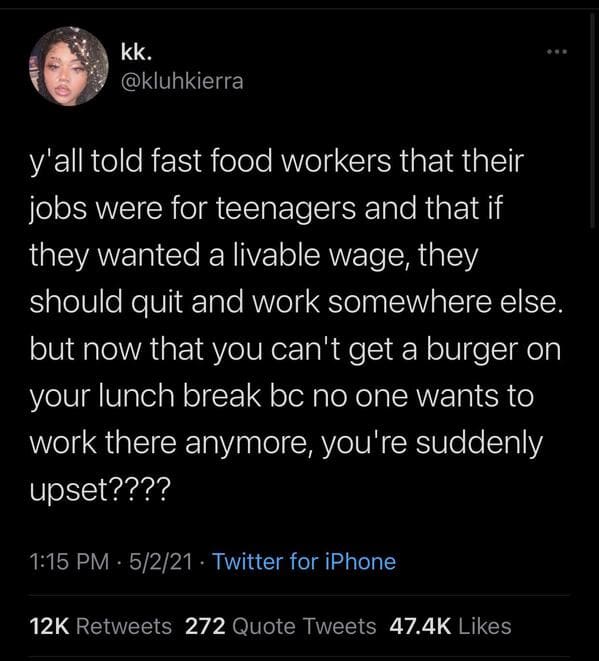 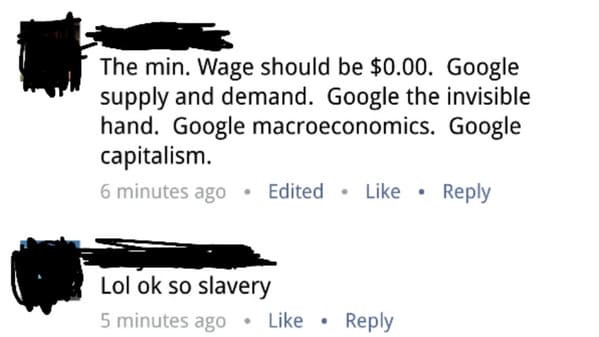 9. Kind of weird that we already tested this hypothesis in other countries. 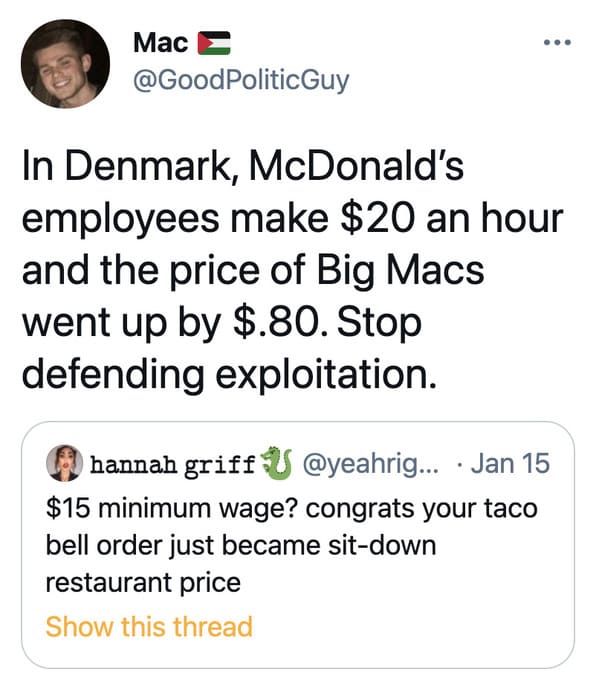 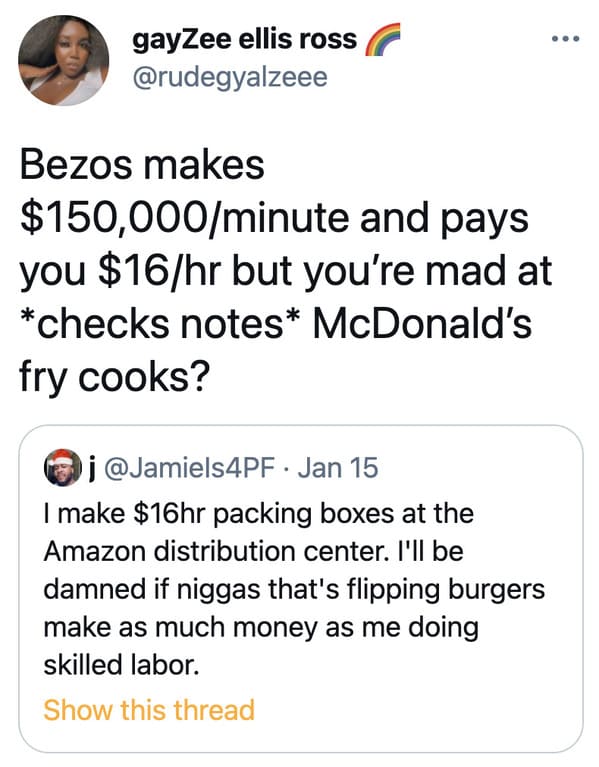 11. Why fix it just because we’re broke? 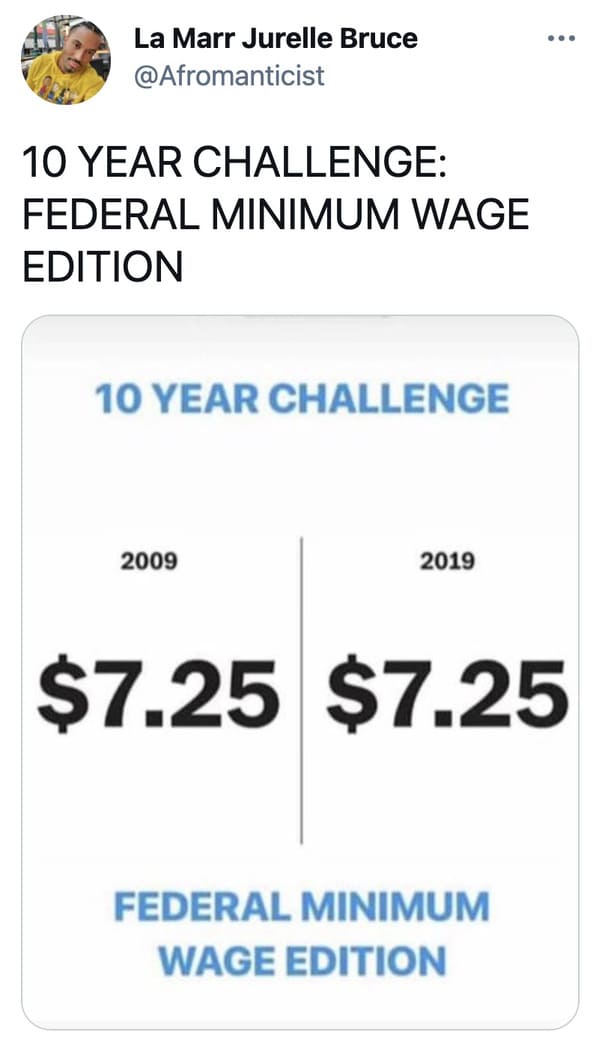 12. What are you adding to the world? 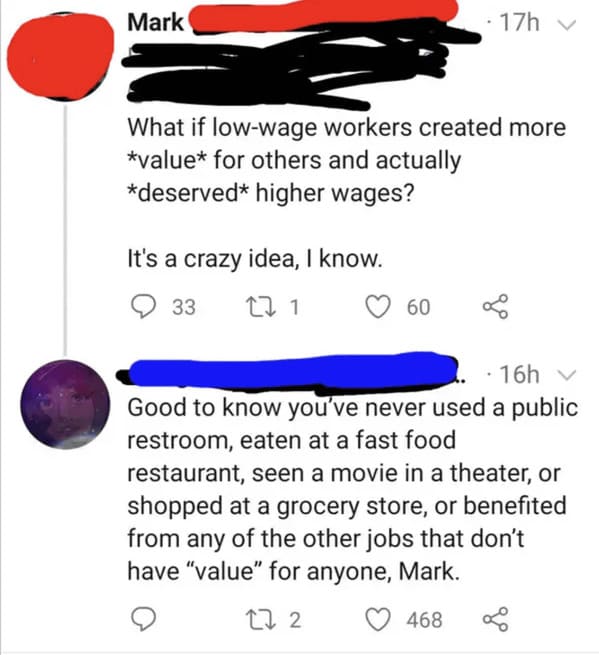 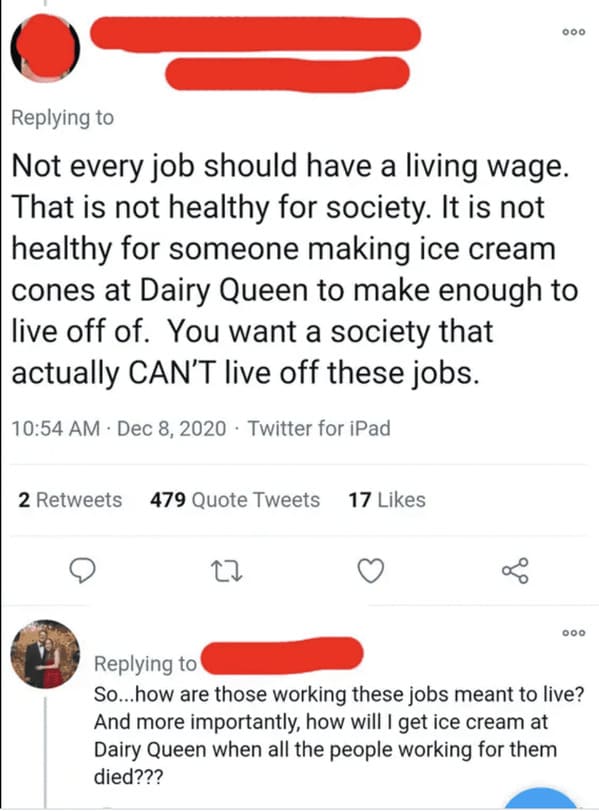 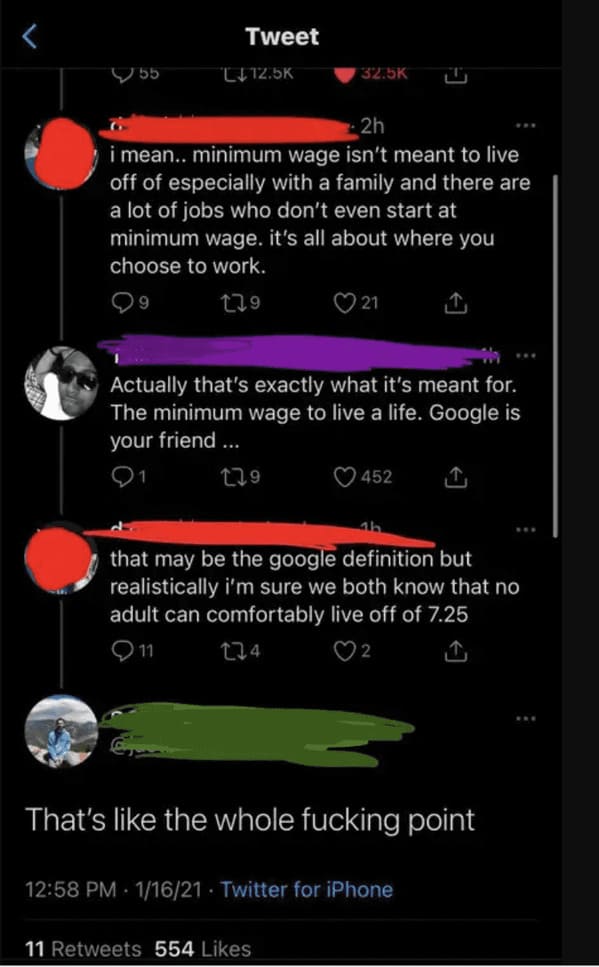