Entitled brides are a special kind of monster.

Yes, they are under a lot of stress. For one, they’re attaching themselves to one person for the rest of their lives. Ugh, am I right? Secondly, they have a lot of planning and budgeting to do for a party we’re all on the fence about attending. No matter how laidback a bridezilla might seem, she’s always trying to make everything at her big day run smoothly. Hopefully, cheaply too. Beggars can’t be choosers, however. Brides seem to have missed that memo.

It’s not that every person who ever got married is a control freak. It’s that enough people acted like monsters while planning a big wedding, that it became a stereotype. My wife did a perfect job planning our big day. I mostly played an executive producer role. I showed up to the meetings and signed off. I did not, however, pitch new ideas. Seems like that might start something I did not care to finish. Some people just want to get married. Others want to have a Gatsby party and not pay for it.

That type of bride can be found on Reddit under r/ChoosingBeggars.

Here are the worst bridezillas to ever plan a wedding with extremely unrealistic expectations:

3. Having your cake and eating it too. 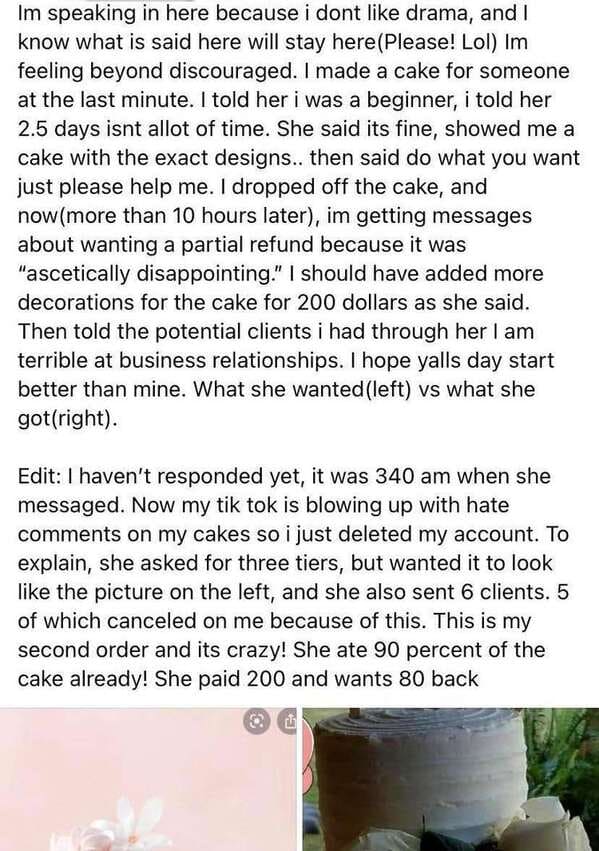 4. I make too much to pay you what you’re worth. 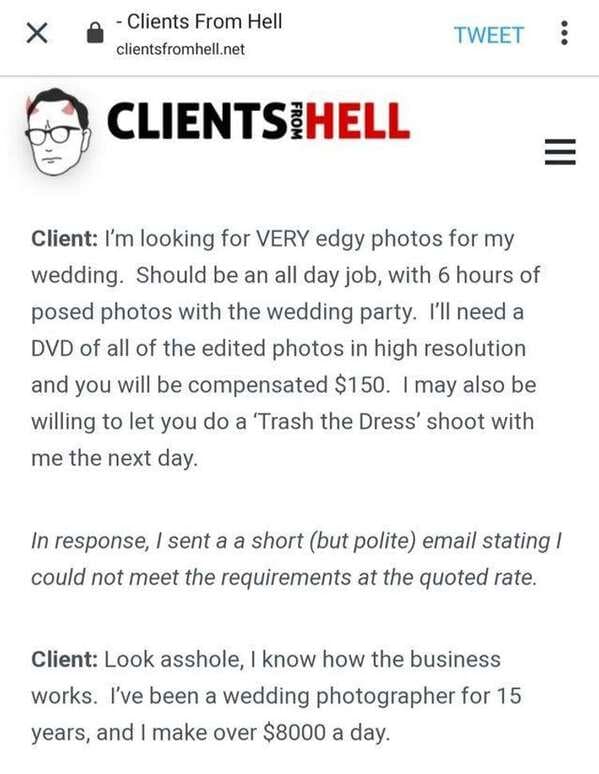 5. Free venues for a bride in need?

On the day of the wedding, while her wedding coordinator was setting up, it started to rain. The garden venue did not have a roof and they were warned about this. We even recommended that they rent the indoor function room instead since the weather is quite unpredictable. Suffice to say, they ended up moving into the function room which only had a side access when guests do not rent out the lobby area as well.

…her dress might get wet but she also didn’t want to pay for the lobby area either. She told our venue manager to just let them use it for free and she could give us exposure for it. Note that this lady isn’t some sort of influencer at all.

Our venue manager told her that we didn’t need her exposure since we get enough bookings already. She had to pay for it if she wanted to use it. We had already allowed (without extra charge) them to overflow beyond the function room to accommodate for her number of guests.

When the event had ended, the bride started to cry again saying she didn’t have enough money to pay for everything—as if guilting us into giving her the use of the venue for free.” –u/elijahkpang 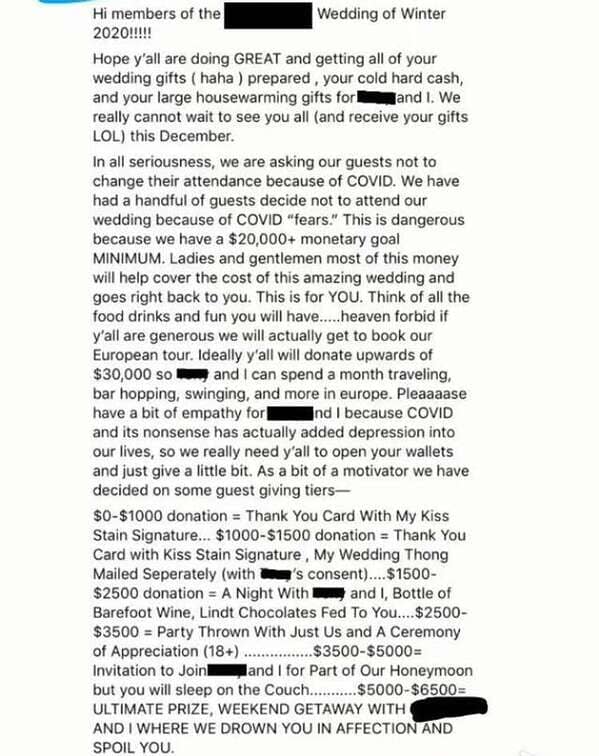 7. Here’s an idea… what if I paid less because you’re struggling? 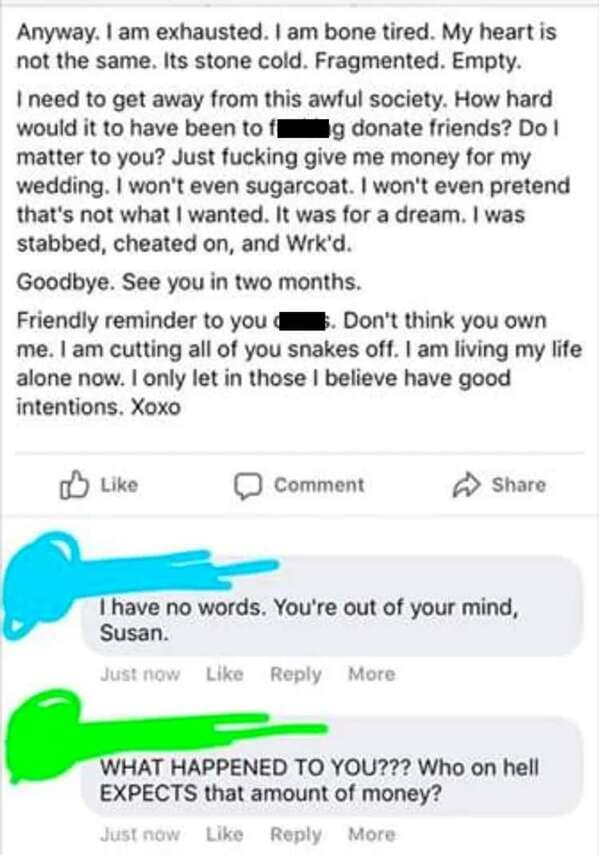 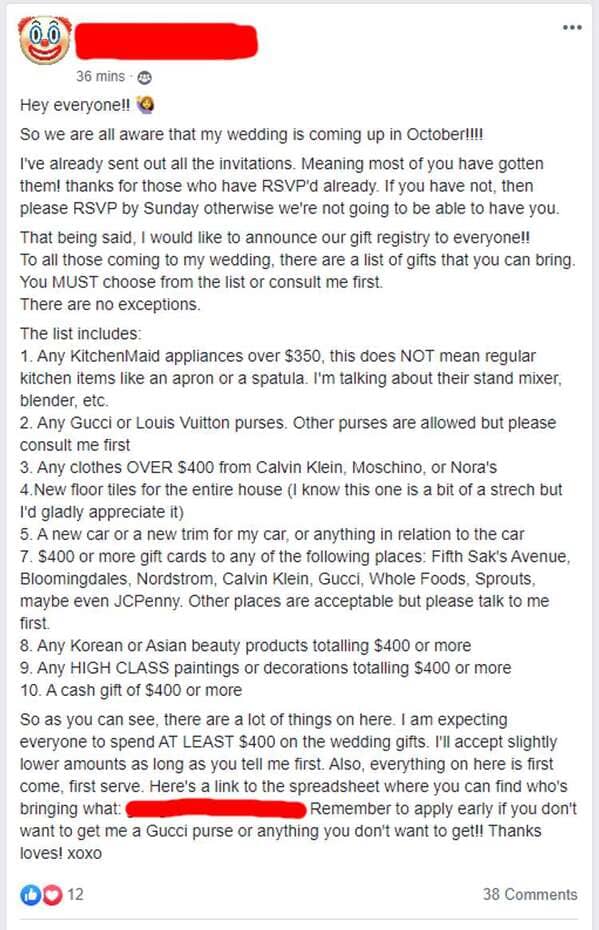 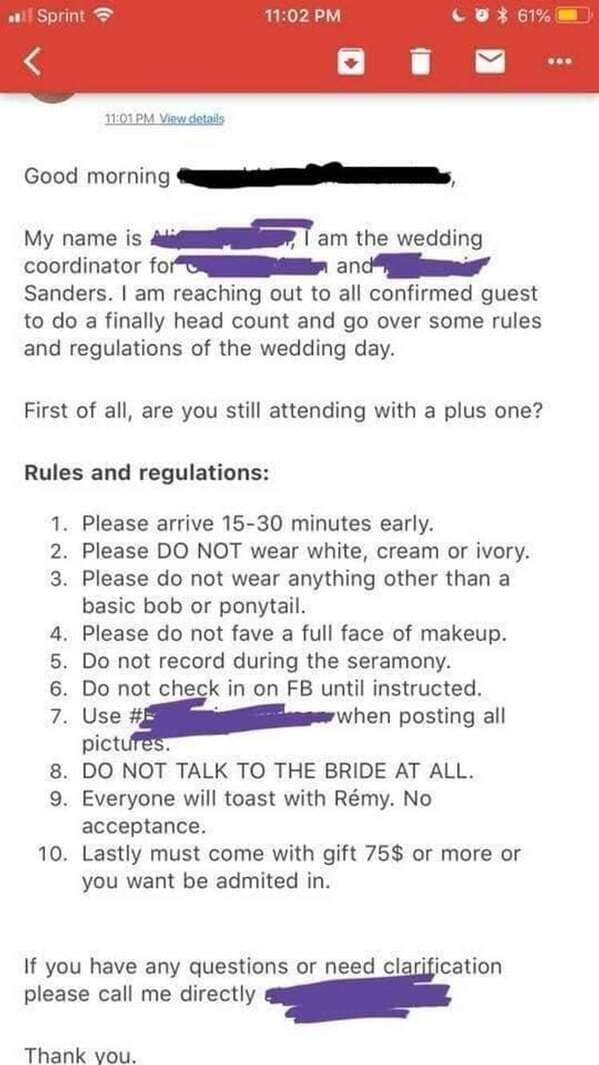 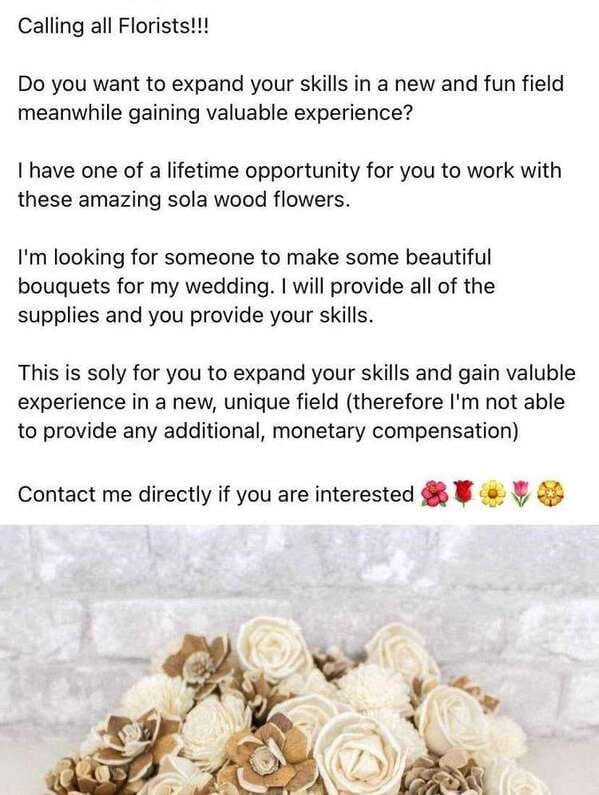 “My roommates sister is getting married in April. I have met her twice. I was in the kitchen eating my cereal and my roommate came in and began describing a conversation that she had with her sister. To summarise, her sister had been saying how she did not want to pay for a make up artist for her and her bridal party for her wedding when “-OP- could just do it.”

Her bridal party consists of herself, her FOUR bridesmaids and her mother. The wedding is a two hour drive from my apartment. this alone, sets me up with a 10 hour unpaid day. To add to this, the wedding is on a Monday, when I would usually work an eight hour shift (paid). I also do not have make up that matches the brides (or any of the bridesmaids) skin or eyebrow tone, so I would potentially need to purchase this.

Wait. It gets worse.

I asked my roommate how much I would be paid to do this (expecting a smaller sum than a qualified make up artist, but surely enough to cover travel, any new products and a “gift”-note I would not be expecting an hourly rate or anything) and she replied saying that I would not be paid at all. To add, I was also not to be invited to the wedding. I am kind of of the view that if you feel like we are close enough for you to ask this favour from me, I should at least be invited as an evening guest.

As I am not a professional, the concept of doing someone’s entire wedding party’s make up sort of freaked me out. What if I mess it up or it doesn’t last all day? I’ll just be blamed for a bad job when it’s a very stressful request?

I really think that this needs to be shamed, particularly as my roommate did not seem to see anything wrong with it. If you want good make up, pay for it. Don’t ask favours from people you barely know. A little bit of human respect goes a long way. If you can’t afford to pay people for their time, don’t have such an expensive wedding. Am I overreacting to this?” –u/angel-spice 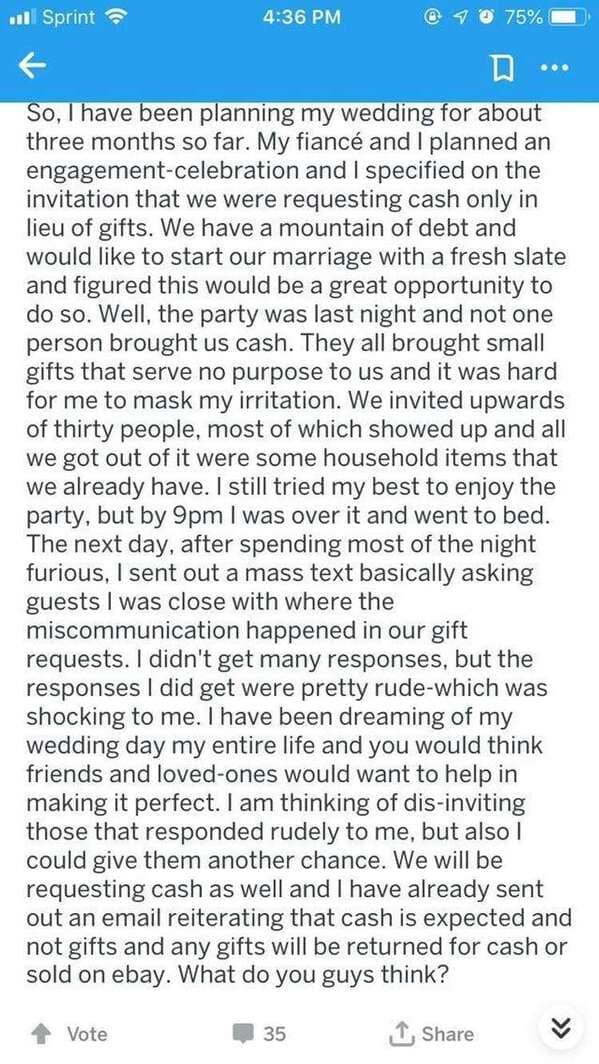 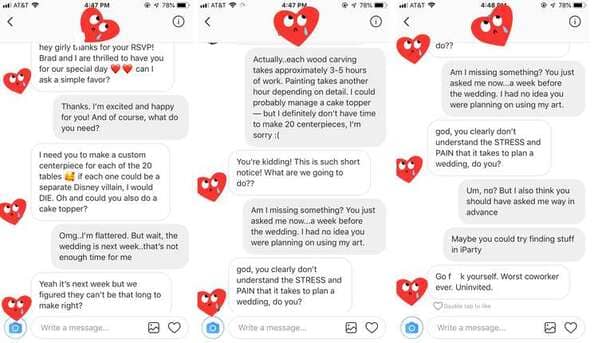 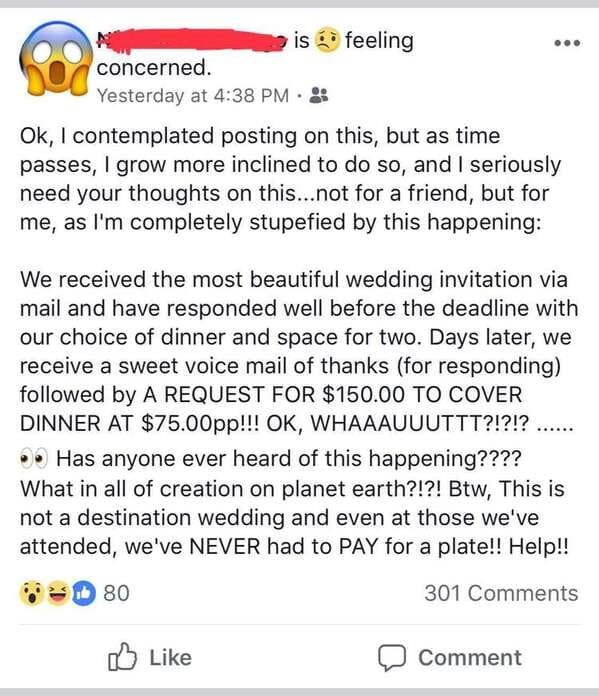