Elon Musk is at the center of it all. By that I mean, he gets a lot of attention for having one or two good ideas, and 500 bad ones.

I don’t dislike him. He seems like an interesting guy. If your best idea for clearing up traffic in cities, however, is adding underground roads for electric cars, then you’ve never read a book about how cities work.

Then, there’s his obsession with going to space. Sadly, it seems anyone with a billion dollars (besides Bill Gates) has one idea: get to Mars first.

For once, I’d like to see someone say “I’m giving up all my money to eradicate a disease or cancel other people’s debts.” Again, Bill Gates seems to be doing that, but because he looks like your dad, he doesn’t get a lot of credit.

Long story short, Elon Musk tweeted that he was offended by people who hate space exploration. Like most billionaires with opinions, he missed the point.

Here’s what he wrote: 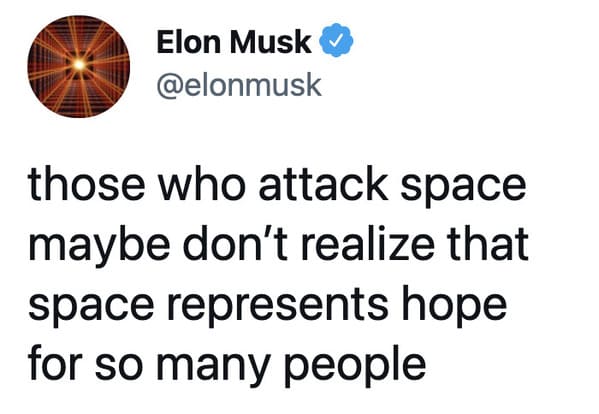 It’s dark and endless and I want to be sent there alone on a ship with depleting oxygen. What people don’t like about Elon’s tweet is that space can wait while people are still starving on Earth.

Here are the best reactions to Elon Musk’s tweet about space representing hope to so many: 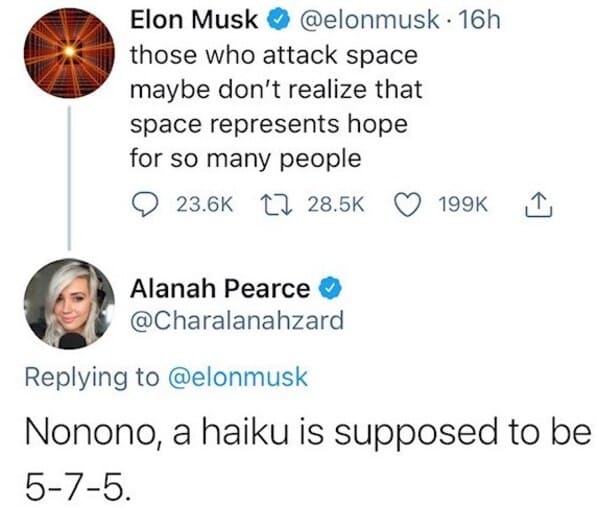 2. What are you mad about, really? 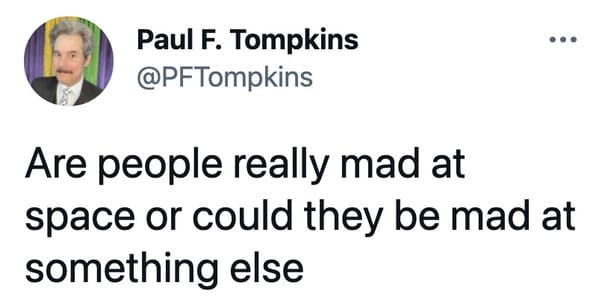 3. What do you actually represent, sir? 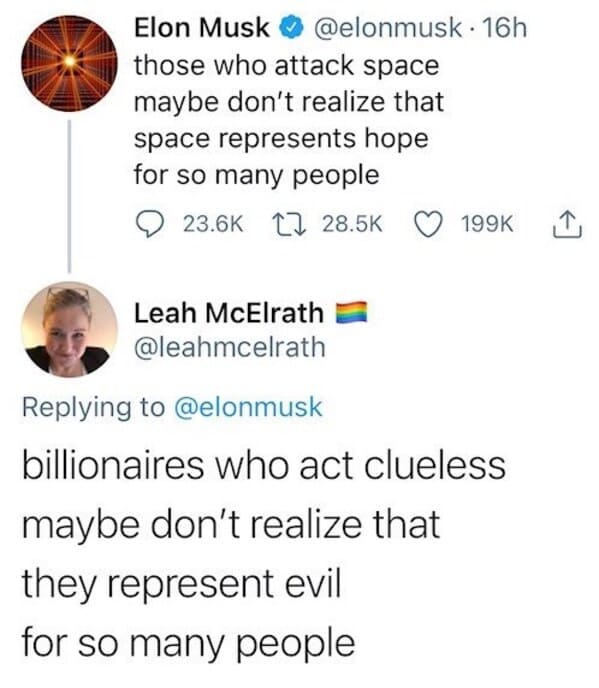 4. When Marianne steps in, you know you’ve upset the Cosmos. 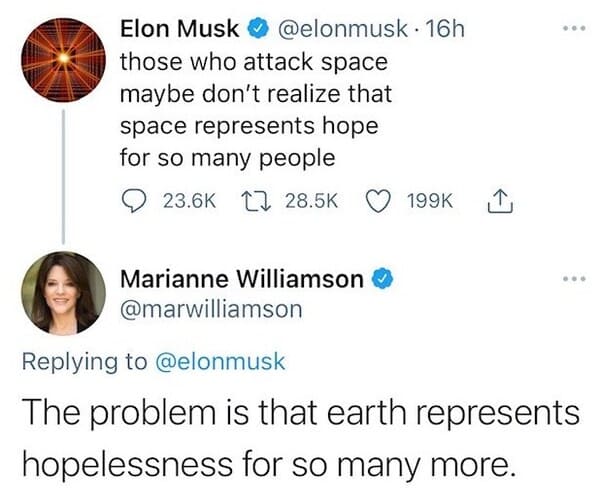 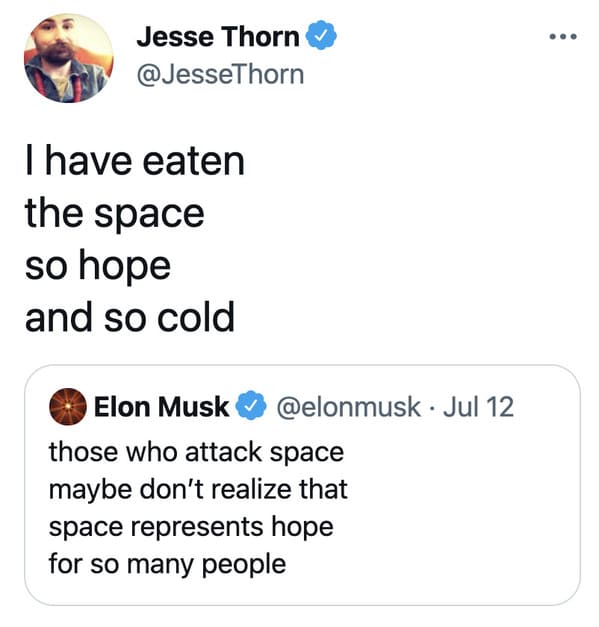 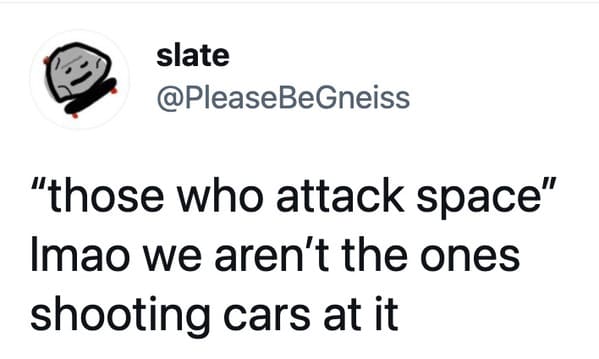 7. We can all get behind this now. 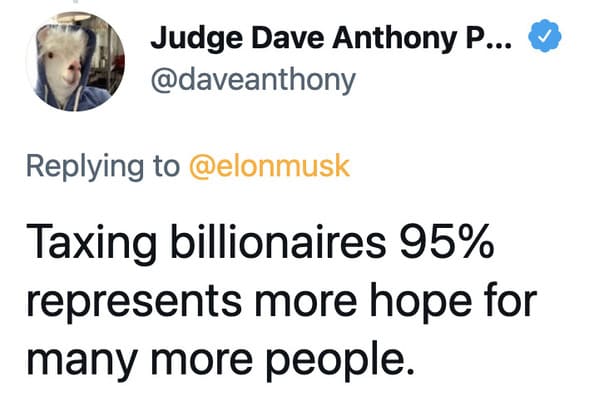 8. It’s about the people you DON’T think about. 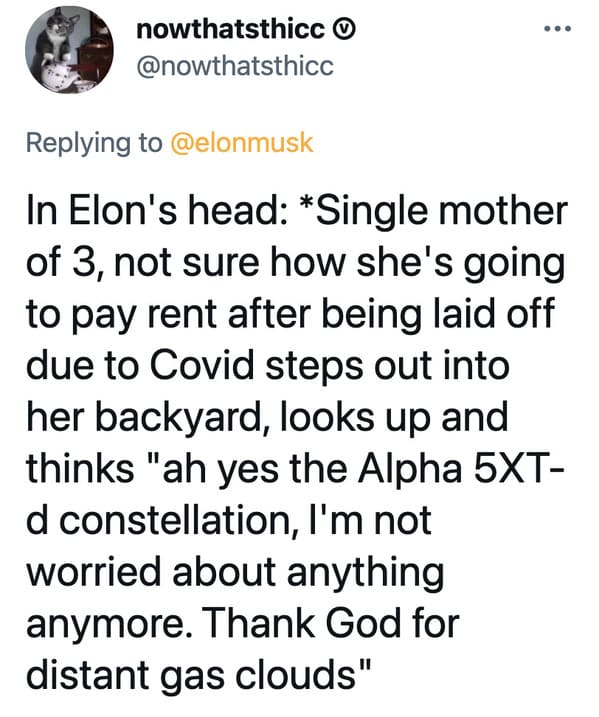 9. I love to see Elon get dunked on in meme-form. 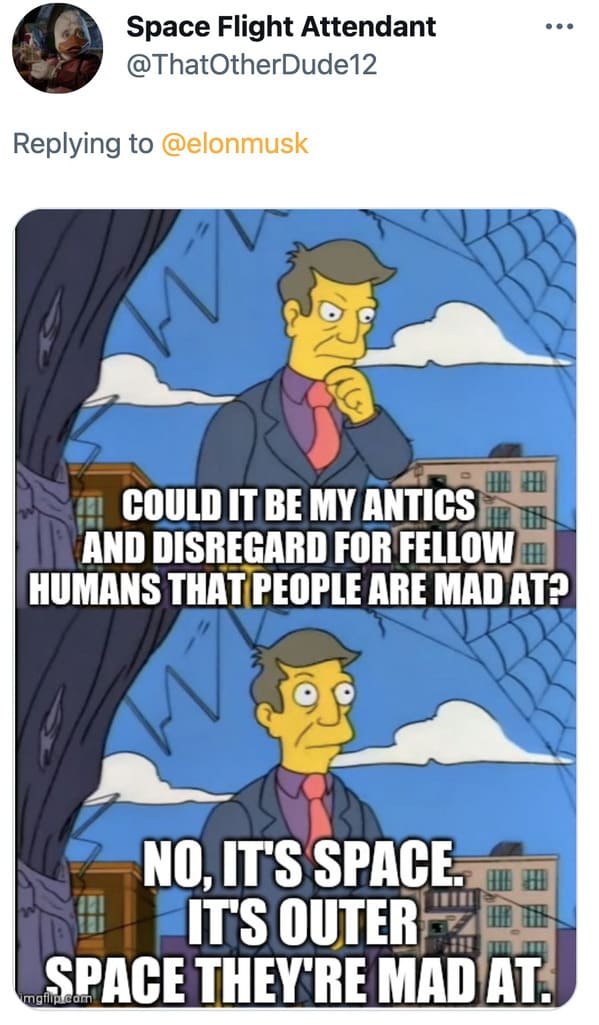 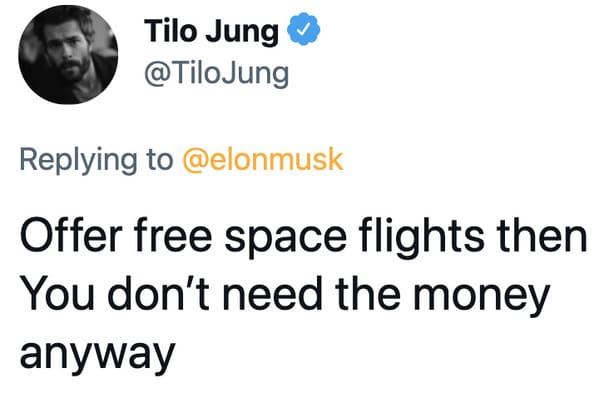 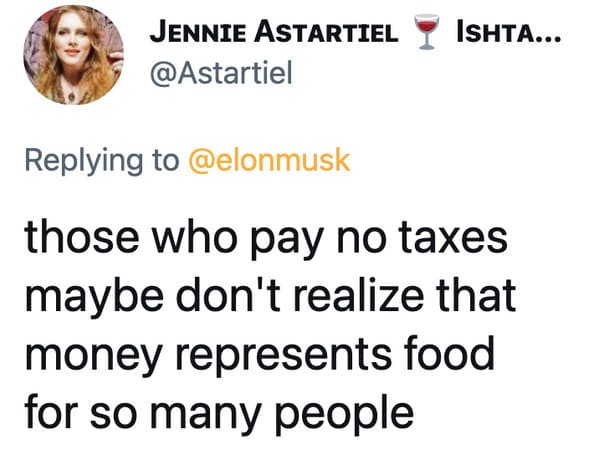 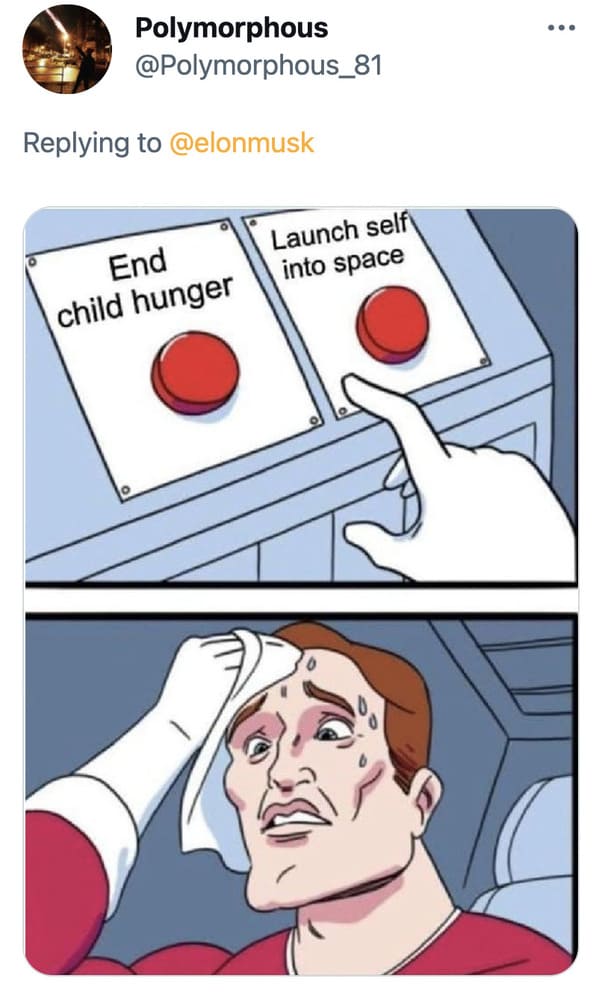 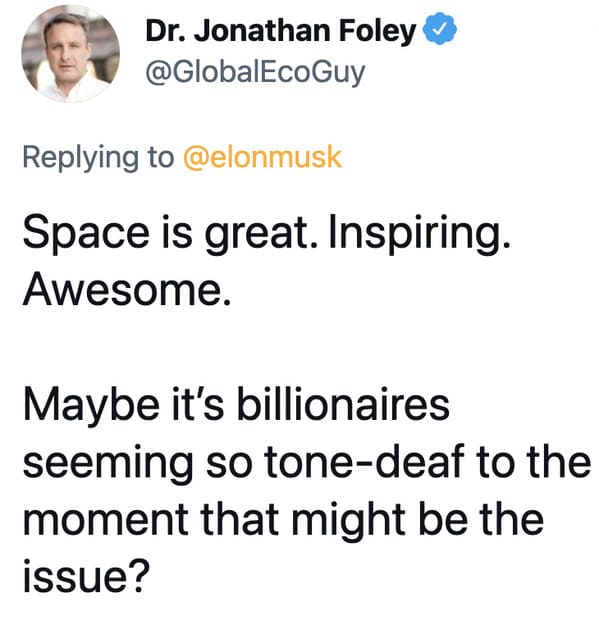 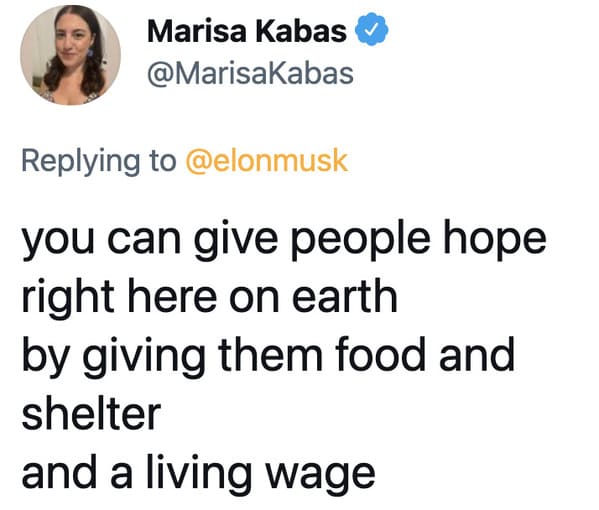 15. What people are actually mad about. 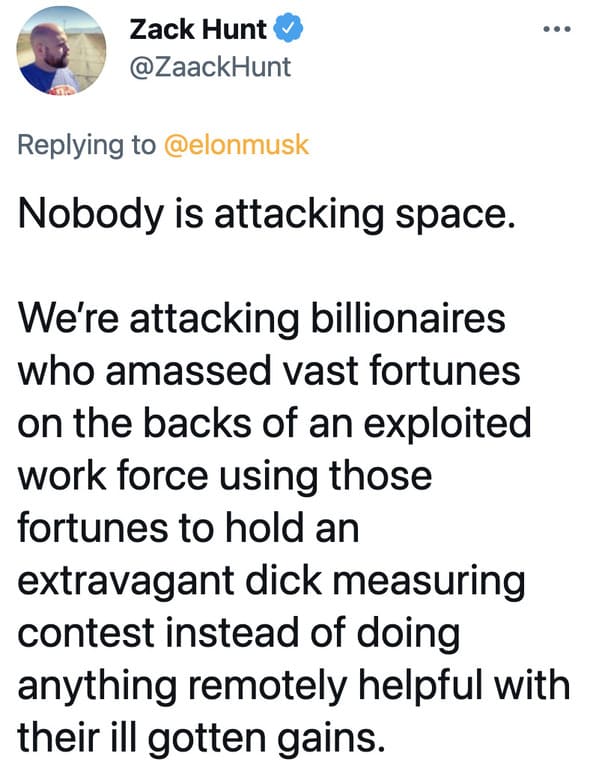 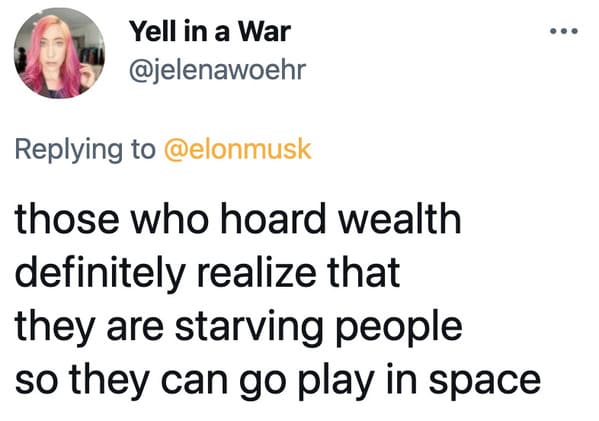 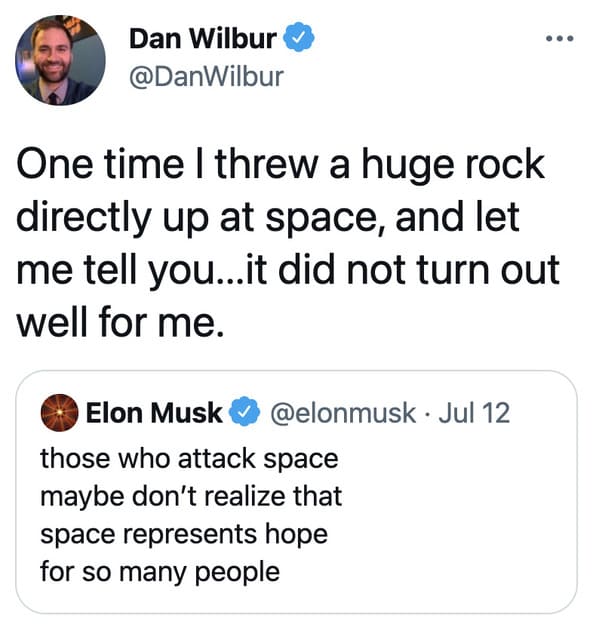 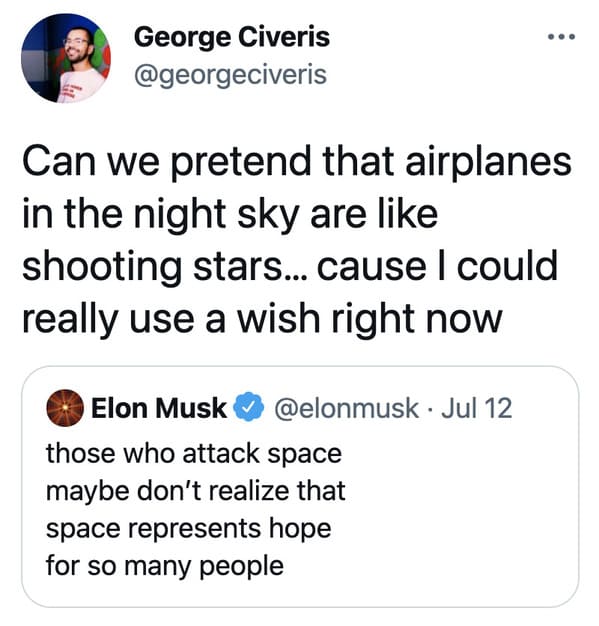 19. What you don’t know about Elon is that he’s actively ruining space. 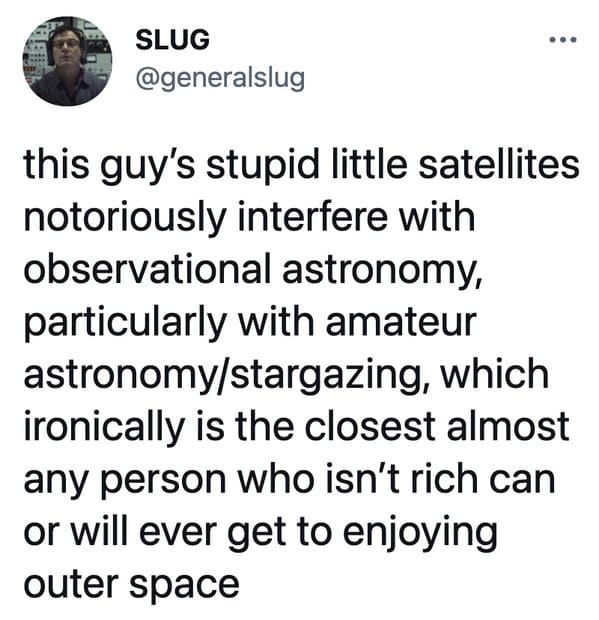 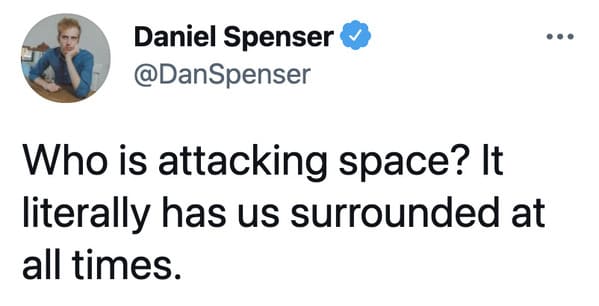 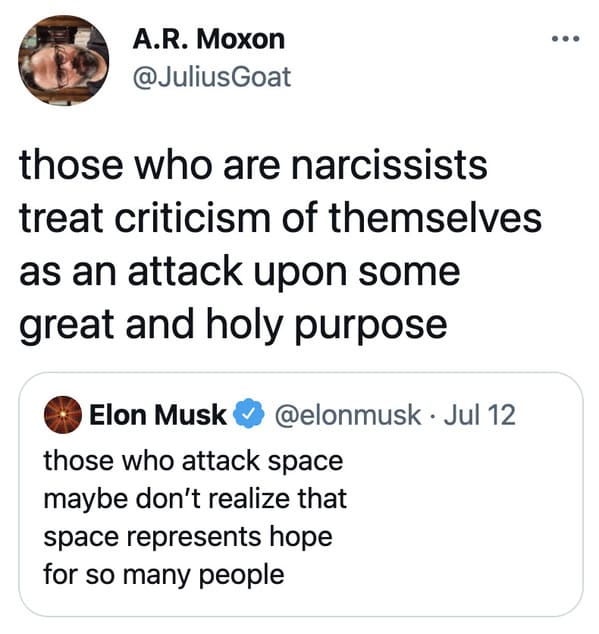 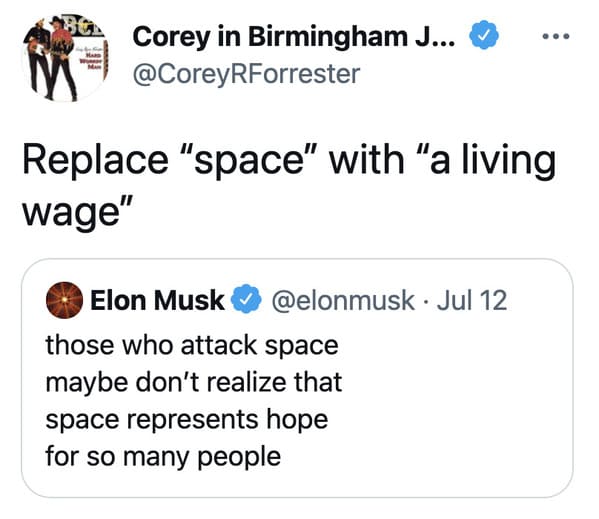 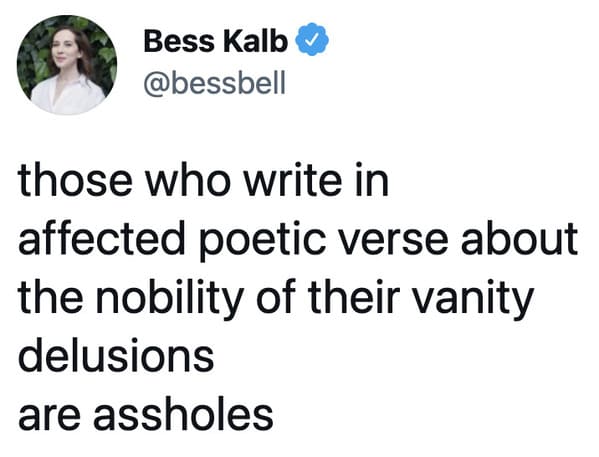 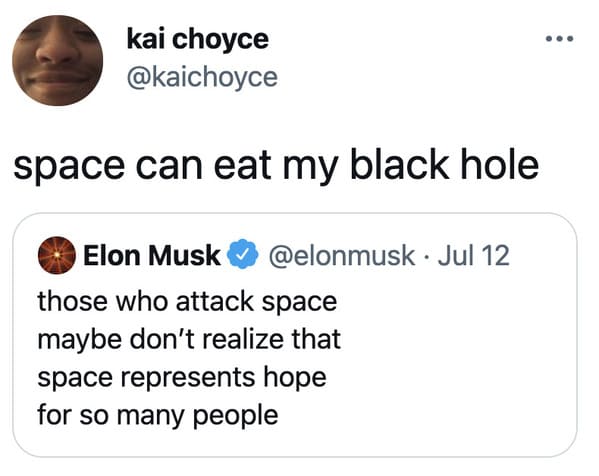