Greetings from my job that I love. Truly, I am blessed. I don’t think my boss will ever read this, but if he is reading it I want to say: dang, I’m having yet another great day. Sadly, not everyone can say the same. Not only do some jobs truly suck, but some bosses make those bad jobs worse. Employees are taking to the internet to get their revenge.

Comedian Kevin McCaffrey shared a story about an awful boss on Twitter, and it started a viral movement. Soon, everyone was sharing their own horror stories about the people who pay them money. If you recognize Kevin, that’s because I’ve interviewed him on this very site about his viral videos revealing that he is Mike Pence’s cousin. 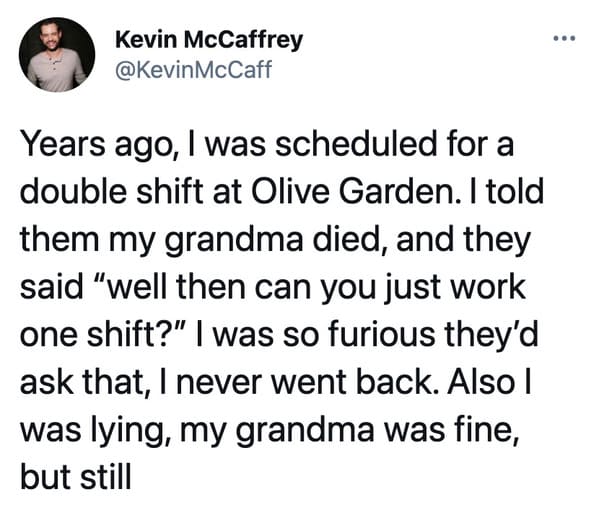 The joke set off a flurry of great and horrible stories about bad bosses.

Here are stories about bad bosses who apparently felt the need to say something horrible to their employees: 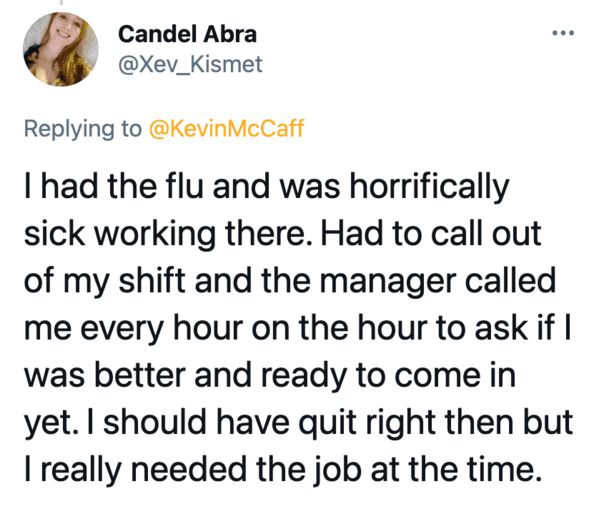 5. Clearly, a boss who loves his family. 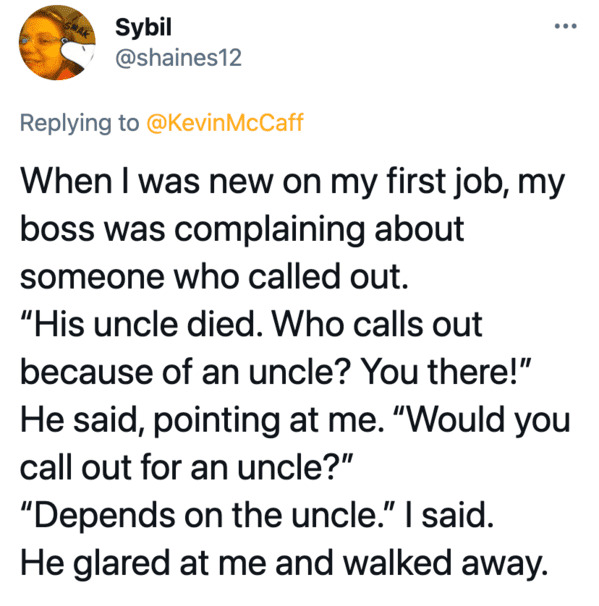 6. Work and life balance is important. 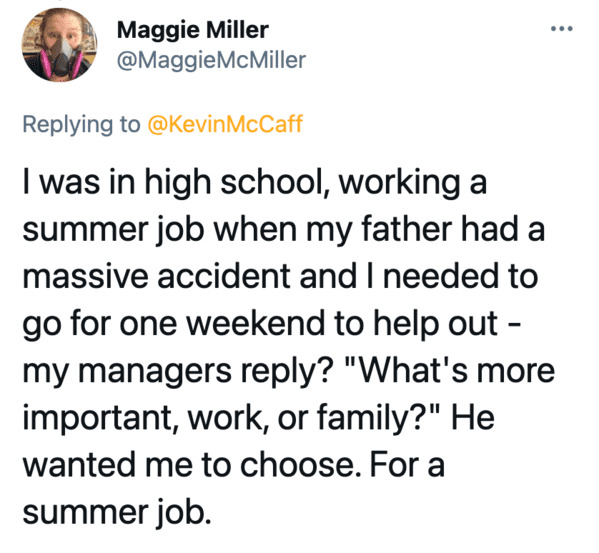 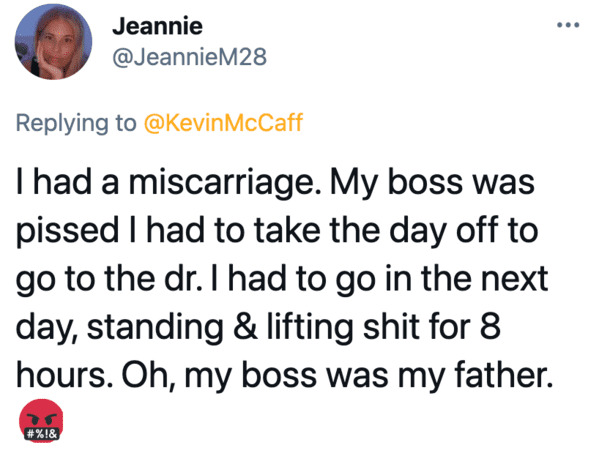 8. I hope they showed him the picture.

Our Olive Garden got hit by a TRUCK and my manager still tried to open. We’ve made a meme out of it since. pic.twitter.com/fBGXiwolo3

I actually had a boss that was mad I took time off for my grandmothers funeral. His exact words were “so you’re taking another vacation?”

10. Literally, why would anyone work here otherwise?

11. Another abusive relationship to add.

TW & true story: The morning after I got abused, I called in and said I needed a personal day. They said anyone can just call in and say “personal day”. I was pressured to share that I just got abused. Their immediate response was “Well do you have visible bruises?”…

12. Tell your wife your boss said to get back to work!

I had a boss complain that I was using my personal phone too much while my spouse was undergoing a risky pregnancy. Then the boss said I was using too much leave time after the baby was born.

Good thing is, that boss is long gone and I’m still here!

Scheduled C-section with my son who was breech

A boss I used to have, had no problem saying out loud “see, this is why I hate hiring girls” when one of the WOMEN got pregnant. This was 3 years ago, not in the 70s.

15. Let the cat live for the weekend at least.

I asked my manager to have a Saturday off because I needed to put my suffering cat down and she dead ass looked at me and said “can’t you push it to Monday, we’re going to be busy. My last shift is today 🙃 https://t.co/fq1LTHP4gr