Random facts are good to know. For one, they help you fill awkward silences. Also, if you only sort of remember them, they don’t even have to be “facts” per se. In fact, random facts are way better than specific facts because who’s going to challenge you on their accuracy? Some brainiac? Who cares?

I challenge any nerd to actually tell me any of the following facts are untrue. They can’t. The facts are too random to be challenged. I knew them before you did. That means I’m the smartest.

Random facts that I totally knew, but I’m just seeing if you knew them:

“The first person to ever be legally convicted of speeding in a car was Walter Arnold in 1876. He was traveling at 8 mph.”

3. Too much grain can kill.

“Every year, farmers die when they are buried under grain and suffocate. In 2019, there were 39 fatal cases of ‘grain entrapment.'”

“An admiral wrote it multiple times in a letter to Winston Churchill.” 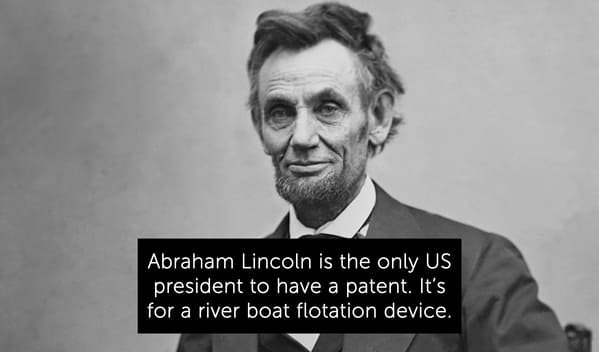 “Humans waste a billion metric tons of food each year, according to the UN.” Time to start eating bugs.

7. The foot bones not connected to the… anything… yet!

“Some bones in the human foot don’t fully develop and harden until the age of 21.” After that, they start to hurt, in my experience.

“Much like the banana, the orange isn’t a naturally-ocurring fruit, but the result of mashing a tangerine and a polmelo. They were originally green.” My mind is blown.

“If you wanted to destroy a LEGO brick by using the force of the bricks stacked on top of it, you’d need to pile up 370,000 LEGOs.” 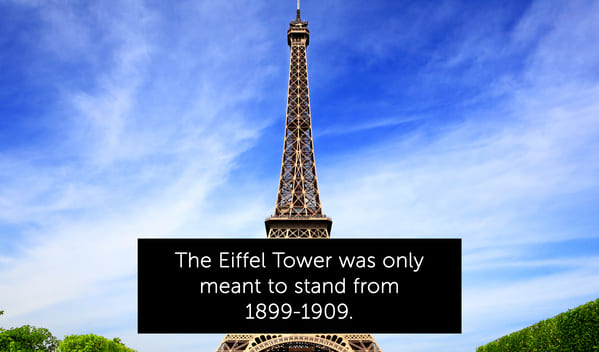 It was later used as a radio and TV tower. Now it’s a tourist destination and will likely never go away.

“High heels were originally designed for men in the Persian calvary so their feet would easily fit in the stirrups while riding.”

“Stop signs used to be yellow instead of red. They weren’t all red until 1954.”

“Medieval monks found a loophole when fasting: beer. Technically, it was considered a drink, so monks were allowed to imbibe while otherwise fasting.”

“The founder of Nathan’s Famous Hot Dogs (founded in 1916) paid doctors to stand outside and eat his products so people would assume the food was healthy.